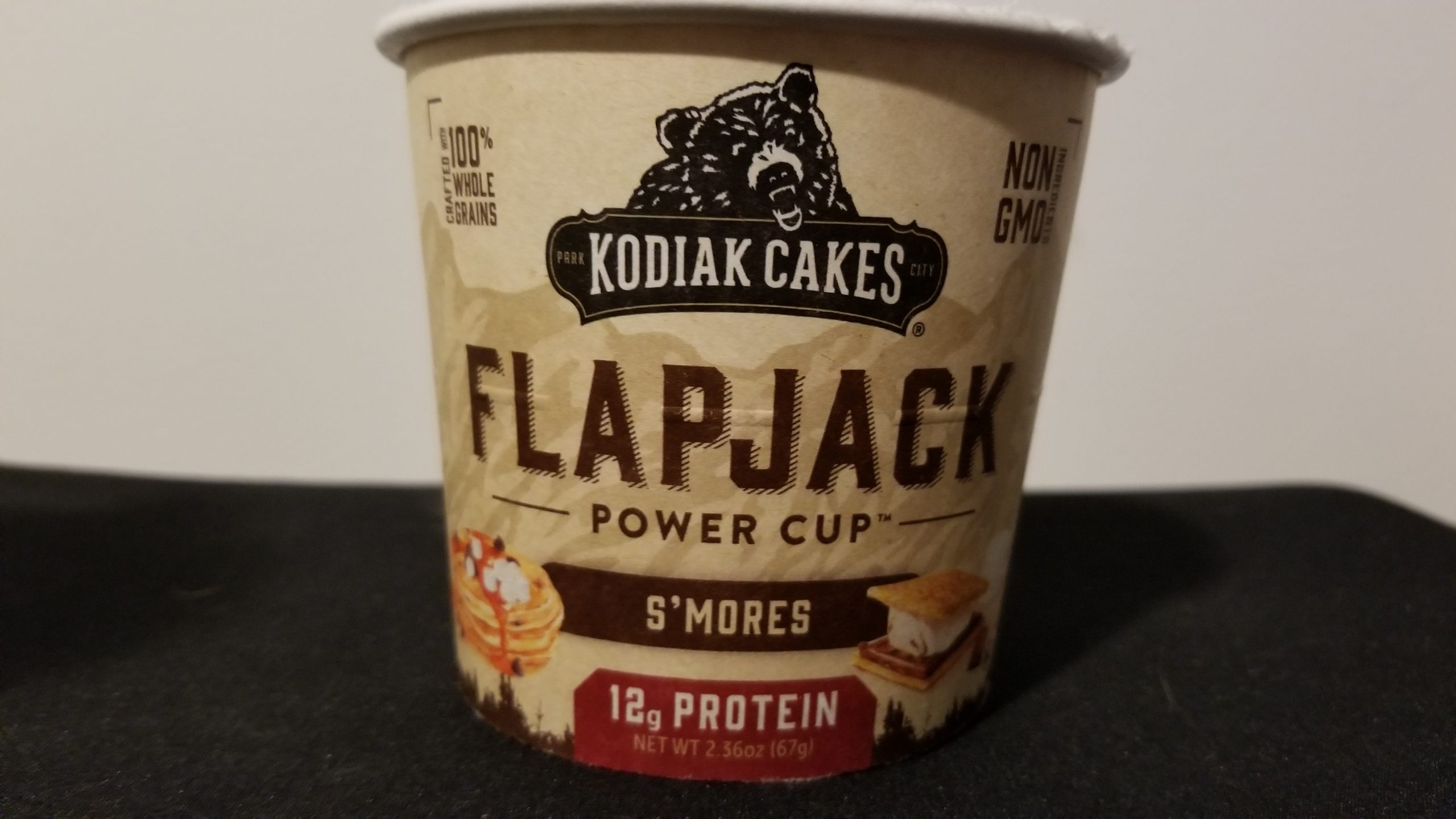 Kodiak Cakes S’mores Cup review is on the table tonight.

It only makes sense that a company centered around the wilderness would have something like this. Last time you went and had a fire in the mountains, you probably made s’mores.

If you made it out alive and no bears ate you, you’re probably in the market to re-relive that awesome experience.

Along with that, who doesn’t love things like s’mores Pop-Tarts?

It’s like, yea, s’mores Pop-tarts might be mostly chemicals and sugar according to the ingredient label. The nice thing about this is it might be a new alternative we’re about to review that’s way healthier with the same awesome taste.

Kodiak Cakes has a really cool back story. It’s not too different than two people climbing a mountain in the beginning (with a few other folks for support here and there). The climbers are guys named Joel and Jon Clark, who started the business in the mid-90’s.

Jon actually started it, but had Joel take over when he wanted a steadier income to support his family a few years later.

Jon had the idea for the rustic, out-doors vibe that the company has to this day. The business was handed off to Joel while he was a college student and he ran it on the side for about seven years. It would still be a long road before getting to this Kodiak Cakes s’mores cup.

In 2004, he quit his day job to do it full-time. Things still moved pretty slowly, but the business picked up significantly in 2012. That was the time it made its way into Target, so here we are with the Flapjack cup I bought there.

I think it’s important to recognize the top part first. Thing’s got a Kodiak bear roaring at you, it’s awesome. Plus, that’s also the first place you see that this Kodiak Cake s’mores cup is 100% whole grain, too.

On the front, we see that the full title of this is “Kodiak Cakes Flapjack Power Cup S’mores.” There’s another reminder that it’s 100% whole grain and that it’s non-GMO. You also get that epic bear roaring at you again on their logo front and center.

Near the bottom, we see some mouth watering pictures of an actual s’more and some pancakes with marshmallows and chocolate on them. Reminds me of the easter candy pancake recipe we did awhile back during the pandemic of 2020. This Kodiak Cakes s’mores cup is starting to sound good.

This Kodiak Cakes s’mores cup boasts 270 very solid calories. In addition to that, we’re looking at 7 grams of total fat (9% daily value) with 4 grams of that being from saturated fat (20% DV). There’s a little sodium and you get a nice chunk of carbs.

As a side note, everybody hates on carbs but they’re actually pretty important for your diet. At least for mine!

In those carbs, you’ve got 4 grams of fiber and 16 grams of sugar – also necessary for me. That sounds like a joke, but we need SOME sugar every day despite what some clickbait might say.

After that, you’ll get those 12 grams of protein listed on the front and 15% of your daily value of calcium.

You also get some wheat protein isolate (which I never knew was a thing). In addition to that, there’s cane sugar and semi-sweet chocolate. Possibly the corner stone of this Kodiak Cakes s’mores cup.

This does contain milk, soy and wheat. You may also want to be careful since there’s traces of egg and tree nuts (if you’re allergic).

These are pretty straightforward. You just need to remove the sealed lid and pour in either ¼ cup water or ¼ cup milk. Then stir thoroughly and microwave on “high” for 60 seconds. In case there are some dime sized+ wet spot, put it in for another 10-15 seconds.

The smell was pretty nice when it came out of the microwave. It didn’t so much smell like a s’more but it definitely smelled like a pancake fresh off the griddle.

My first bite was into a spoonful that was mostly marshmallow and only a little bit of the rest of this Kodiac Cakes S’mores Cup. The mallow was chewy and mallow-y enough, although it tasted a little different than a regular marshmallow.

It tasted very spongey like the last one of these that I reviewed (that’s a good thing). It was pretty moist. There’s enough chocolate in there to taste but not so much that it’s overwhelming.

I did notice at the end that a small amount of the ingredients were caked in the bottom of the cup. That’s probably on me though for the job I did mixing it.

If you pick one of these up, it will probably feel like this is a muffin in a cup more than a pancake in terms of consistency. It seems a lot like one but with a better balance of sugar. When it comes to taste, though, it’s a pancake all the way.