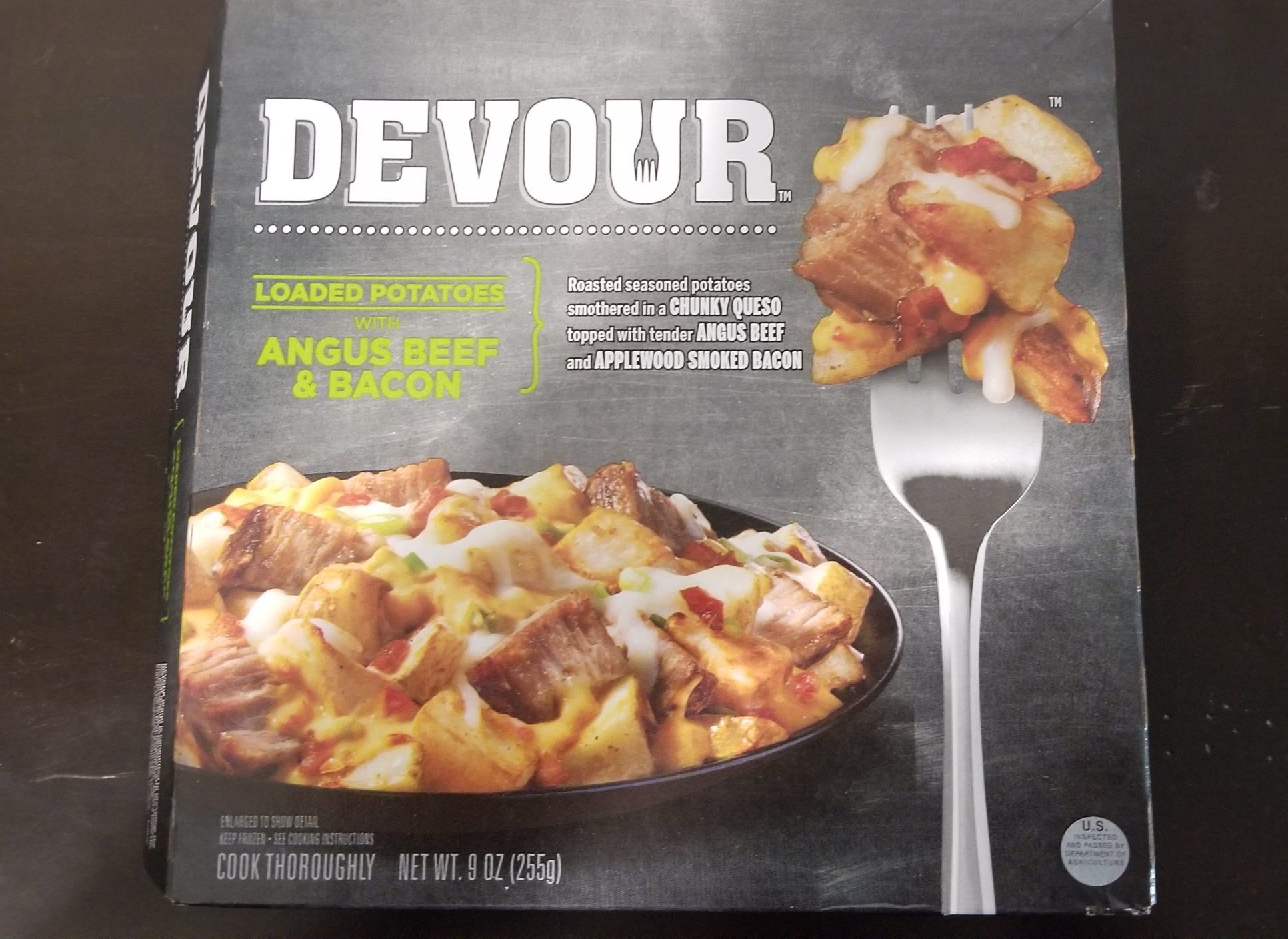 I mean, that’s pretty dang funny. Let’s find out if the Devour Loaded Potatoes With Angus Beef And Bacon was worth the $3.99 we paid for it at Target.

The sodium level should be expected, this is bacon, cheese and potatoes we’re talking about here. It’s actually a pretty respectable amount of fat and an impressive amount of protein.

It’s a bit fuzzy, sorry about that. Right off the bat, we can see that this has roasted potatoes and fully cooked/seasoned Angus beef pot roast dices. The rest of the ingredients get a thumbs up, too. The Annatto Extract is an orange-red condiment, according to Wikipedia.

Let’s get cookin’ and see what this looks like!

There was a lot of cheese!

This came out of the packaging pretty steamy, much like the company’s website. Cooking it was simple enough, though not much different than other frozen foods. I did, in fact, devour the whole thing myself. There did need to be some water by my side since it was pretty salty. The beef was a bit dry and frankly the cheese was kind of runny, but the potatoes were excellent. 10/10 would recommend those potatoes. The veggies in there were fine. Given that it was pretty filling and nutrient-dense, I could see myself buying another one of these. However, a $.99 chicken pot pie might be more tempting at 1/4 of the cost. Those potatoes, I’m serious, they make it worth the price alone and the seasoning throughout was great.