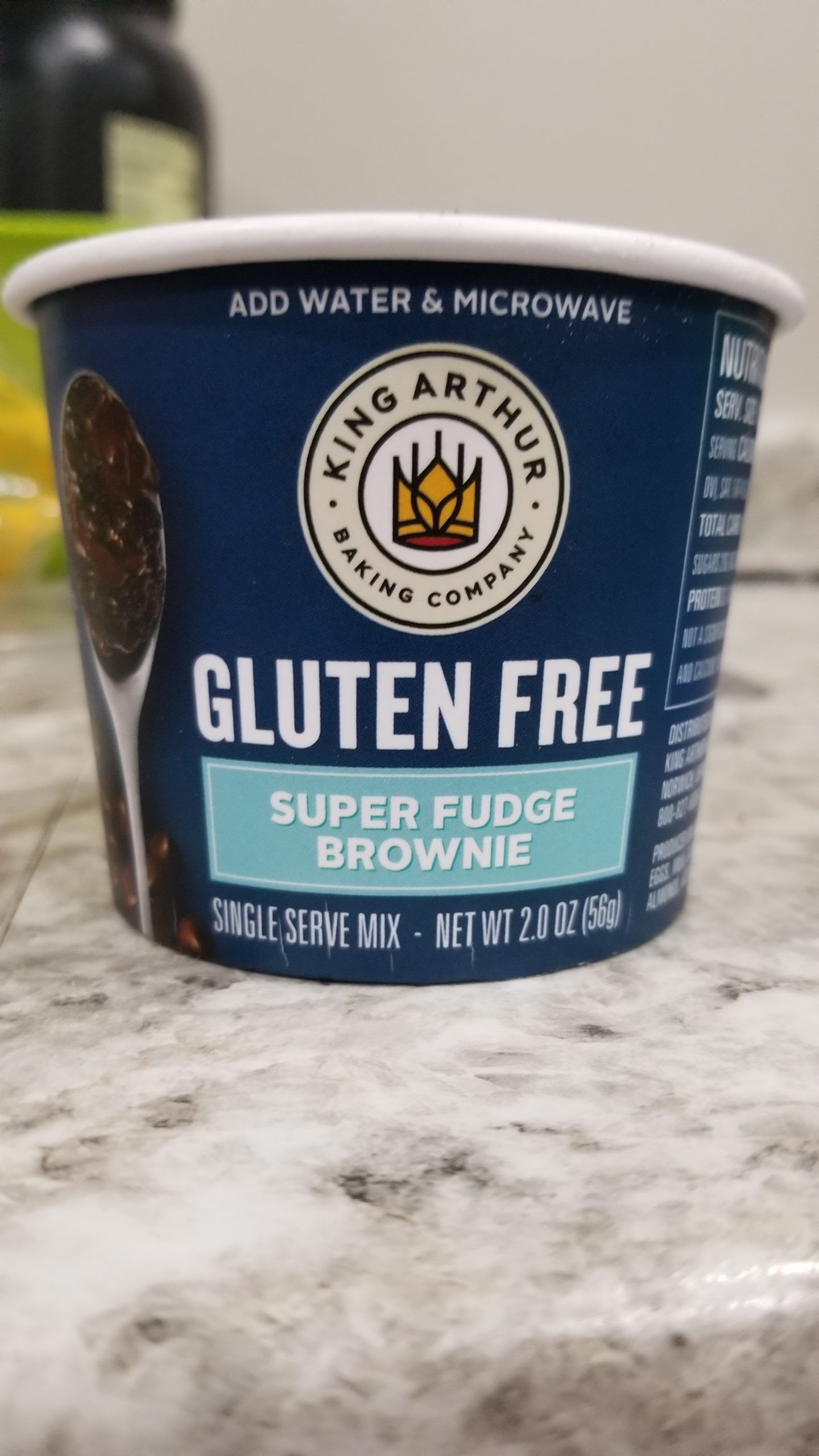 King Arthur Super Fudge Brownie is on the table tonight. After going through a number of healthy and not-so-healthy pancake cup options for our reviews in the last week or so, we’re diving headfirst into one that’s basically dessert.

Not basically, this is definitely dessert.

But hey, it’s gluten-free! Since I’ve been making an effort to go that direction myself and actually eat a little more sugar (I cut out too much in my diet, big mistake).

These cost a decent amount of money at just over $5 at Walmart.

This one goes back. Long before there was the King Arthur Super Fudge brownie cup, there was Henry Wood & Company. If you can guess who the founder was, it was a guy named Henry Wood.

Wood actually started the first flour company in the United States back in 1790. That was forever ago. We were only on our first president back then, crazy stuff. That was George Washington if you didn’t know.

He was the one who had problems with his teeth. Contrary to popular belief, though, he actually didn’t have wooden ones. That’s according to mountvernon.org.

Back to business. The company had originally begun importing flour from England but was able to switch over to American-milled wheat in the 1820s.

In 1896, they actually introduced the name “King Arthur” that we see in King Arthur Fudge Brownie. They wanted to associate the name with King Arthur’s honesty, loyalty, courage, and other epic attributes.

Throughout the years, King Arthur was associated with a handful of American food milestones. Things like apple pie, sourdough bread, pecan pie, and other baked goods that you probably love eating copious amounts of.

By the time the 1960’s rolled around, King Arthur was the biggest distributor in New England supplying virtual bakers. Once they got to the ’80s, the company picked up from their Boston headquarters and moved to Vermont to establish a new home.

There’s even more to the story, but we got some food to review! Let’s jump into that.

I’m really starting to dig these “just add water” mixes. Could it get any more simple for you? I mean, ya just add water! On top of that, you’ll notice that in the big letters, this bad boy is GLUTEN FREE!

Personally, I do notice a difference when I’m eating things with gluten in them vs. no gluten. Playing hockey in my weekend league is a lot more difficult with a bunch of gluten (or dairy for that matter) in my system. That being said, there’s no way I could eat this thing and then go skate a bunch.

You also won’t just be getting a brownie, but a SUPER fudge brownie on top of that. Just look at that spoon over there that’s loaded with some brownie on the left. It’s a single-serve mix and 2.0 oz’s.

Before we begin on this, let’s get one thing clear. It’s a brownie. We need to be aware of that ahead of time. Given that it’s a brownie and meant for dessert, this won’t exactly be a pre-game meal here.

One cup of this packs 250 calories and only 9 grams of fat. Frankly, I was expecting a little bit more on the fat but we’ll work with it. There’s a nice chunk of carbs in there, along with 29 grams of sugar for you.

Since I actually needed some extra sugar, this was perfect. That still probably sounds like a joke but I’m dead serious.

These ingredients are pretty natural, I’ve got nothing against them here. There is a little soy in the King Arthur Fudge Brownie cup that I’m not wild about but nothing’s perfect, right? I could not tell any difference between the rice flower and regular wheat flour when I was eating this.

You may have noticed this back on the ingredient page, but they are pretty serious about not having you eat the raw mix or batter. I hate to say this, but it tasted incredible.

Even though I tested the waters for you (in case you lick the spoon or something) you still SHOULD NOT EAT THE BATTER RAW. Just get that splash of water in the cup, throw it in the microwave and you’ll have your tasty brownie soon enough.

This both looked and smelled incredible when it came out of the microwave. As they promised on the front, it was very fudgy. Definitely super.

The chocolate itself is really good, too. You better make this your only sugary thing for the day besides a little fruit.

Not that gluten really has a specific taste, but there definitely wasn’t any gluten in there. I don’t think. Not much more to say than that.