Delights Turkey Sausage Breakfast Bowl is on the table today for review. We’ve had a few different varieties now from Jimmy Dean, so trying out this turkey sausage breakfast bowl should be interesting.

The most recent meat lovers breakfast bowl ended up being kind of a downer in terms of taste, but, we figure that can’t be how all of them are. This one had a similar make-up in terms of ingredients compared to the other one, too.

Most Jimmy Dean products come with a solid mix of carbs, fats, and proteins. This one looks no different than the others we’ve had, but let’s take a look at some company info first!

The company behind Delights Turkey Sausage Breakfast Bowl is Jimmy Dean, purveyor of all things breakfasty and sausagy. This brand was started by the singer Jimmy Dean way back when in 1969.

Back in those days, he thought that he could make a better sausage compared with what else was out there. In addition to that, his eccentric personality and fame from his singing career made him a marketing machine.

When he was a kid, he actually made a lot of fresh sausage at the farm he grew up on with his Grandpa. After a run-in with a particularly grisly piece of meat at his local diner, he knew he could do better.

He was known to start in many of his own commercials, too:

Unfortunately, before products like the Delights Turkey Sausage Breakfast Bowl came along, we lost Jimmy back in 2010. The name and the brand live on, however, and that’s why we’re reviewing this today!

Front of the Package

The front of this Delights Turkey Sausage Breakfast Bowl has the iconic Jimmy Dean logo in the upper corner of it. Below that, we see DELIGHTS in all caps (with a trademark symbol, too). Under that, there’s “turkey sausage” listed, letting us know about the main meat involved with this bowl.

Under that, the rest of the ingredients can be found. That’s scrambled egg whites, diced potatoes, turkey sausage, & cheddar cheese. All of this adds up to 240 calories per serving, too. As you’ll see soon, those 240 calories are the entire bowl, since this is one serving.

They also have a nice picture of the meal itself on there.

As I mentioned before, this Delights Turkey Sausage Breakfast Bowl has a solid 240 calories with 100 of those coming from fat.

There are a few carbs, but the real place our attention needs to be is on the protein: there’s 18 grams of it in here! It’s absolutely loaded on protein, nice to see.

Below that, there isn’t too much in the way of vitamins and minerals.

Our ingredients for this sound pretty chemically, to be honest. The pre-cooked eggs sound fine, but the diced potatoes have something called tetrasodium pyrophosphate in them. In addition to that, it looks like there’s some disodium dihydrogen pyrophosphate as well (to maintain color, of course).

Yea, so, these ingredients in the Delights Turkey Sausage Breakfast Bowl aren’t incredible.

Despite being a little concerned with some of the ingredients in this sounding super chemically, it ended up tasting completely fine.

The turkey sausage was really tasty, too. In the meat lovers bowl I had before, the regular sausage just wasn’t that great and it was really greasy. That was not the case here. The turkey sausage hardly had any greasiness to it and I’d have thing one again in a heartbeat.

The egg whites were also egg-cellent, if you ask me. The cheddar cheese was also pretty good. The potatoes, on the other hand, were pretty similar to the meat lover’s potatoes.

I really wanted the potatoes to be good since everything else in this bowl was. Since 90% of it was really tasty, I won’t let these drag the review down too much overall. If you haven’t tried turkey sausage, getting some from the Delights Turkey Sausage Breakfast Bowl may be the way to go.

Ingredients: Kind of Below Average 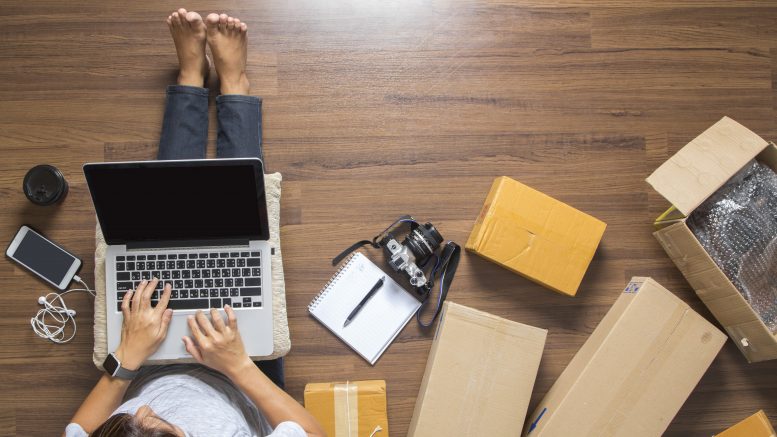 How To Build An eCommerce Store With No Money

It seems like eCommerce and dropshipping are both pretty big buzzwords today. There are hundreds, if not thousands of blog posts and videos out there explaining how YOU can start an internet business and make…