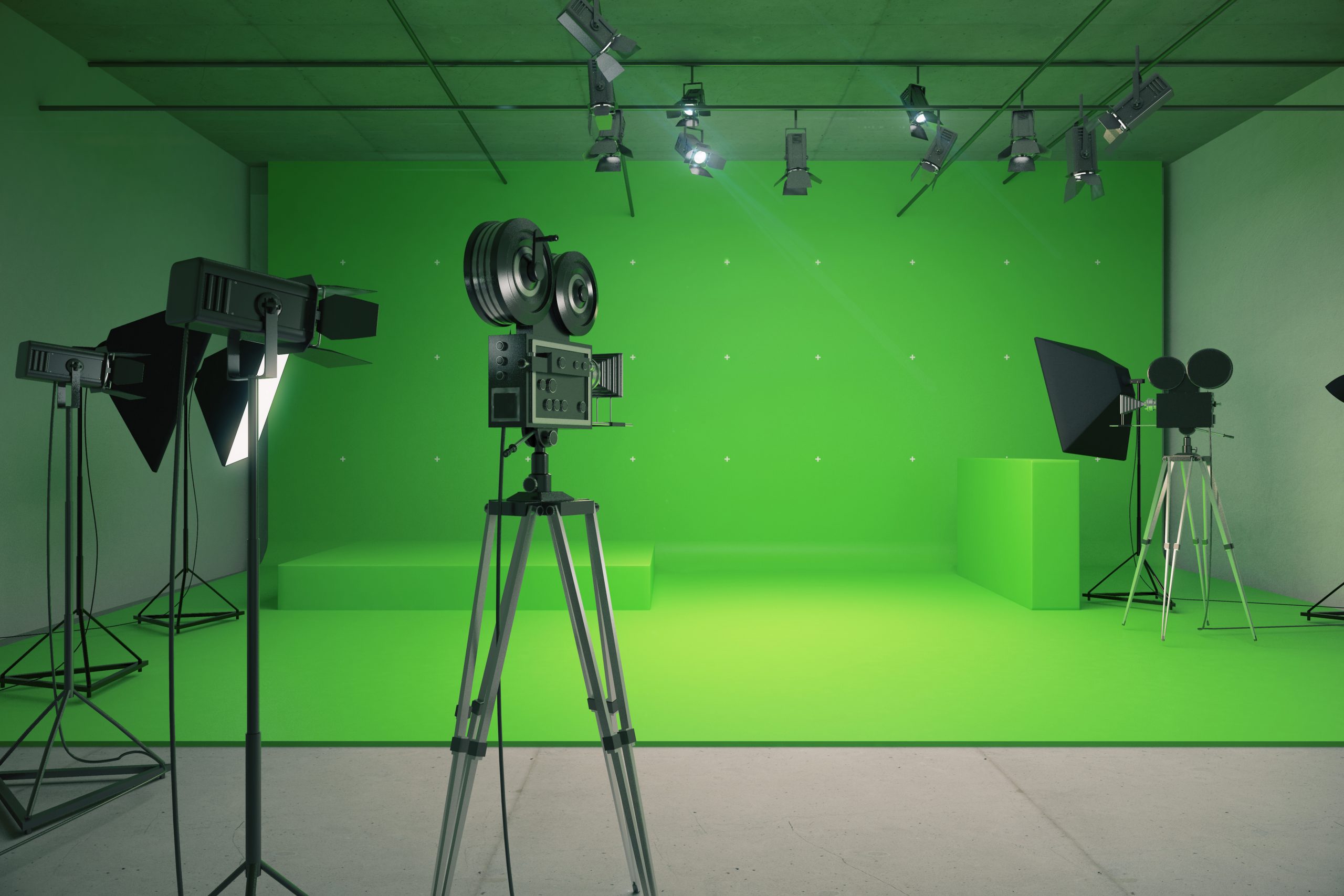 YouTube videos have blown up in the last few years. You can easily get lost in watching hours and hours of random stuff if you’re not careful! There’s an audience for almost anything on YouTube, whether it’s pure entertainment, motivational videos, or really helpful instructional videos.

Regardless of what YouTube videos you want to make, one of the most important steps is to just start making them. Your phone camera should work just fine if you want, so hit record and go!

If you want to actually grow your channel and eventually make money with it, the following strategies will be able to help you get there sooner than later.

The most important step (besides just starting) toward making solid YouTube videos is picking a topic. It might be tempting to start a channel with no prior experience in something.

However, bear in mind that it will be easier to start a channel based on something you are already passionate about. Since a lot of videos involve some degree of commentary, things will just flow better if you have an in-depth knowledge of what you’re speaking on.

Not to ignore what I just said about passion, but the topic you pick will also significantly influence the earning potential of your YouTube videos. There are some people out there making way more money than others.

What’s crazier, those people who do better financially aren’t necessarily putting in any more time or effort compared to the lesser earning channels.

One of the highest-earning categories on YouTube is talking about finance and money. Based on wildly successful personalities like Graham Stephan, it’s true. His YouTube videos talk about credit cards, finance, and money.

On the other hand, if you look at another, almost equally as popular channel called “Report of the Week,” you’ll see significantly less revenue. Despite ReviewBrah being so well-known (seems like half my buddies know who he is) his channel is about reviewing food, so it just doesn’t earn as much in advertising revenue.

You can take a look at his Social Blade account here. One thing to note, though, is that those estimates do usually underestimate earnings a bit. The page on there for Graham Stephan underestimates his earnings big time.

Even though the ReviewBrah doesn’t earn as much in ad revenue, he still gets hundreds of thousands of views per video on his channel. That presents plenty of opportunity for affiliate marketing revenue.

For example, he could promote a hosting company like Rocket.net since they have a more up-front model than most companies and won’t hike prices after the first year of you using their service.

His conversion rates might not be the highest because his audience is interested in seeing food get reviewed, but, he would probably still make a nice chunk of money for every couple hundred thousand views where he mentions Rocket web hosting.

Plan Out A Month or Two In Advance

Yes, it’s true that “everybody has a plan until they get punched in the mouth.” Mike Tyson is a wise man for saying that. Even so, most people who are making money on YouTube today plan their videos out to some degree.

Some will still wing it with parts or the whole thing, but it’s also tough to tell if anyone really does that. Don’t spend too much time doing it, but try to write out at least 24 video sub-topics within the main topic you’re planning to vlog about.

If you can get at least a few months written ahead of time, that will take the stress off once you start. Time moves faster than we think. I have experienced getting behind on too many occasions with the channels I have experimented with starting.

Plan to Make At Least 3 YouTube Videos Per Week

Going off the back of my last point, you really want to aim for about three videos per week. There’s a little bit of controversy on that since a couple channels and marketing experts say you really don’t need many videos.

Well-known experts have stressed the point about quality over quantity. However, it seems like if you really want to start getting noticed fast, you will need to hit at least 36 videos with your channel and continue churning them out consistently after that point.

The good news about equipment is that a lot of people making YouTube videos don’t have anything fancy. In fact, many people just use a regular iPhone or Android phone to film their videos.

I use a third-party app called Open Camera for my android phone that allows recording with an external microphone. Before I found Open Camera, I would plug the Yeti into my computer and use Audacity.

The only problem with that was needing to sync up the audio and video tracks later, which was always a little challenging. More on that in a minute, though.

You’ll want to make sure you have your lighting figured out. Take a look at this still image of me when I accidentally filmed a video with the overhead light on in my office:

Yikes. You do not want to make that mistake!

If your filming schedule can revolve around natural light, that can be an option. I have a triple set of lights that I bought on Amazon. Now, I only use one of them at a time, angled slightly and sitting to the left of my camera in a corner of the room where I film. The umbrella creates what’s known as “soft light.”

There are also other mics that I’ve heard good things about, like the Blue Snowball or the Fifine microphone that clips on to your shirt and plugs directly into your phone. One of the reasons a lapel mic is better is because there will be fewer vibration noises.

I have the boom for my Yeti Blue (this is a boom) attached to the desk where I film. I’ve experimented with attaching the boom to other tables or things nearby to avoid vibration noises, but it got too annoying with the angles I’d have the microphone at.

If you want to be making money on YouTube sooner than later, decide on where your equipment can permanently be and try to leave it there. That way, you can always get started a lot faster.

Right now, I use Lightworks to edit my videos. The great thing about that is they have a free version that you can use to edit with. The free version is limited to 720p for YouTube video quality, though.

The paid version (which I’d say was worth it) costs $437.99 and you own it outright with all the fun bells and whistles. There are also alternatives like 1 year or 1-month licenses that are less.

If my old computer could handle it, the premium version can export videos in 4k. Anything past 1080p for me and everything starts freezing up.

Another good video editing software you can use is Adobe Creative Cloud. One of my friends runs a small YouTube channel and uses it for all his editing. He really likes it. You can check that out more here.

If you do decide to get an external USB mic and don’t connect it to your camera, Audacity is a great audio recording software. One trick I learned for syncing up audio and video was clapping at the beginning. Not like fast clapping or anything like that, but three big claps.

I spaced them out by one-one thousand, two-one thousand, three, etc. Then, I could line up the peak of the clap in the audio with my hands meeting in the video. Unfortunately, it sometimes got obnoxiously close but would still be off sometimes. Very few things have driven me as crazy while trying to understand the basics of making YouTube videos.

Decide Where to Film

When you’re picking out a place to film, ideally it will be somewhere that’s both quiet and meets the lighting requirements that you need. Unless, of course, you’re planning on filming out and about.

As long as your subject matter fits with the setting you plan to film each video in, you should be fine. An example is if you’re doing videos out and about like BigDawsTv. No two videos of his will have the same lighting or background noise.

But for him, that works because most of his stuff involves doing things out in public, a lot of the time on college campuses. If you want a finance channel like Dave Ramsey’s or Andrei Jikh‘s, you’ll want a filming area that doesn’t change much.

I try and aim for consistency in every video because I’m kind of doing the same thing each time (reviewing food). Yea, yea, I know my channel won’t make me rich, but I do enjoy doing it. There’s something to be said about following your passion.

Once your channel hits a certain threshold of subscribers (1000+) and watch time of 4,000 public hours, you will be eligible for monetizing your YouTube videos. At that point, you can connect your Google Adsense account (or sign up for Adsense & connect and account).

If you do run a channel that doesn’t have as high of a CPM rate (like food reviews) you will want to explore affiliate marketing. Essentially, brands will partner with you to promote their products and pay you a commission every time someone clicks on your unique link then buys their product or signs up for their service.

If you decide to do this, make sure that you always properly disclose the nature of your relationship with the different brands you work with. You should read up on what the FTC has to say about that here with their endorsement guidelines.

Starting Your Own Product Line

You can also venture into launching your own product line if you want and then promoting it on your YouTube channel. A lot of people (like ReviewBrah) have launched lines of merchandise with their channels and they sell it through Teespring.

There’s still plenty of time in 2021 to start making YouTube videos. Who knows, you might find that by the end of the year, it’s making you a couple of extra bucks per month or even a full-time income. Just remember that as long as you have a plan, camera, and creativity – it’s possible.