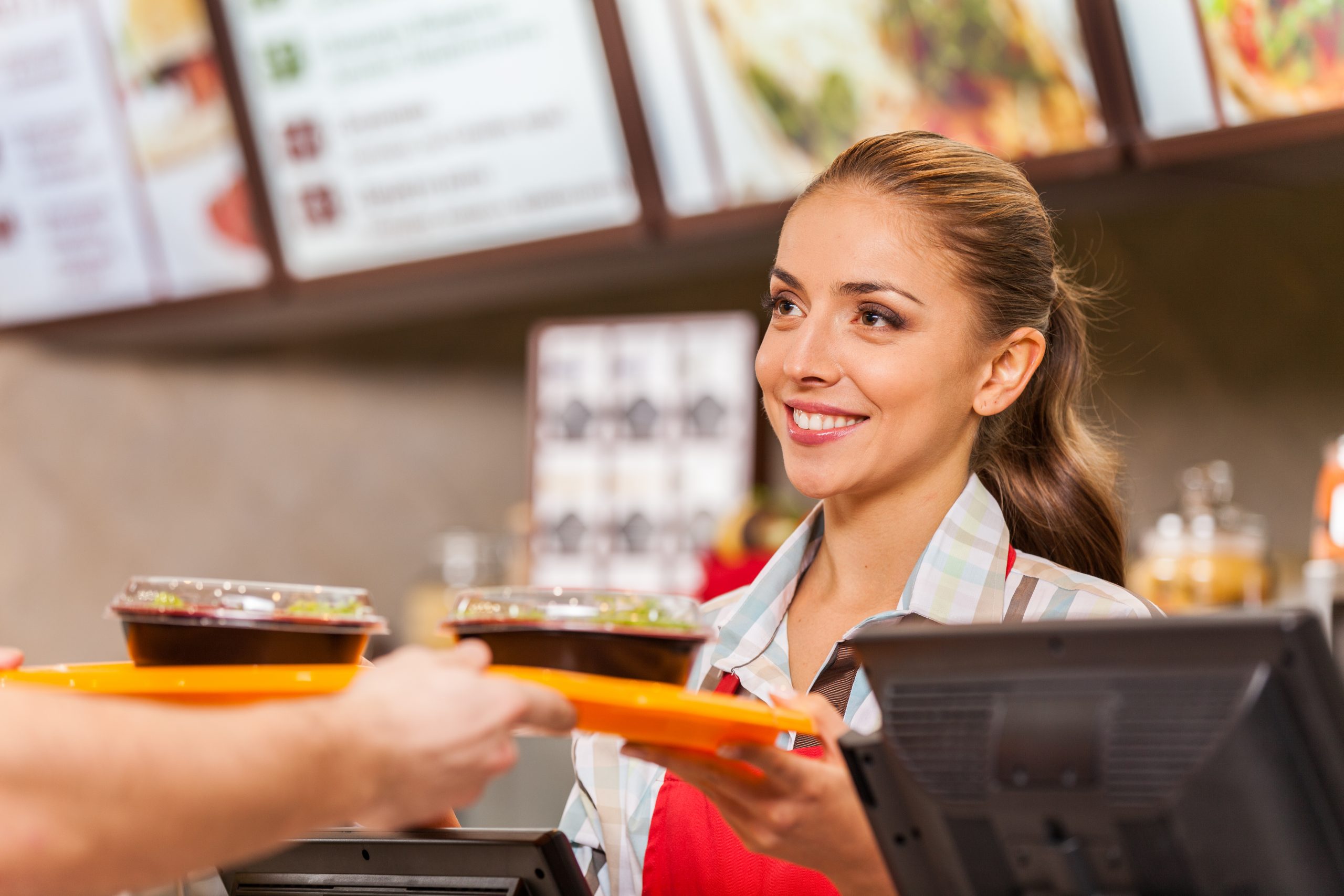 Many people hold a part-time service industry job in high school or college to help scrape by. I sure did. Mine was at a local movie theater where I got exposure to all kinds of different things that set me up for success later on (both in college and the office). Whether you get a job scraping up popcorn off the floor at a theater the way I did or in another line of service industry work, these tips will help you get more out of the role than just minimum wage.

1. Leave Your Phone In The Break Room

This may be the single most important thing you can do to guarantee success in your job. The movie theater had a rule that no smartphones were allowed behind the counter (this was back in 2012). Everyone, including me, figured out some way or another to feed our phone addictions despite the rule. Since that time, smartphone usage has only increased with many Americans – especially teens and college students. According to research by Asurian, smartphone dependency increased by 20% between 2017 and 2019. The people surveyed check their phones once every 10 minutes, 96 times per day. On top of it all, 18 to 24 year-olds check their phones twice as often as the national average, according to the data.

You need to fight it.

The phone was glued to my hand through my theater gig, three internships, and most of my first full-time job after graduating. There was a lot that I missed and performance suffered in all of them. Try to build the willpower to stay focused for an entire day or at least an hour at a time with short scheduled breaks. This will aim you toward success in most jobs. If you work in a sales job, you will probably get rid of debt faster by making more money if you beat your phone addiction and focus 100% on delivering results.

2. Show Up On Time, Every Time

This is a small, often overlooked habit that can play a major role in your success or failure in an hourly job. When you need to punch in and out on a computer (or an old-time punch card system like I did), there’s a record of when you don’t show up on time or you leave early. This adds up really fast if you get in the habit of coming into work a few minutes late every day or skipping out early.

This can mean the difference between moving up to a managerial position or not. It could also hurt your chances of getting a positive letter of recommendation for future jobs. At worst, it can mean getting let go. Make a habit of always leaving with at least 10 or 15 minutes of buffer time on top of how long it takes to get there.

In your first service industry job, there will be all kinds of new people. They might have new interests and hobbies that you think are cool, too. It should go without saying, but, if any of those hobbies are illegal or would alter your state of mind, don’t do them at work.

It’s more common than you think.

People showed up really hungover (essentially still drunk) or would smoke marijuana before their shifts all the time at the movie theater. Some people were able to function without major issues during their shift, but, others would be noticeably affected. There were other places around town that had worse employee substance problems, though. An ice cream shop a couple of miles away had a guy come into work and go pass out immediately in the bathroom because he was so messed up. Be smart, leave that stuff at home.

This goes for any job in general, but, the first time you say “no” to doing something new, it’s like shutting the door on future opportunities at that organization. This can be as simple as getting asked to take out the garbage in a service industry position. That’s something I’ve had the pleasure of doing at a couple of jobs. Embrace that garbage juice dripping on your shoe, because it could be the smelly key to earning the trust and respect of management.

As new technologies start to enter the service industry, understanding them will be key. The more you demonstrate the willingness to step up and learn how things like self-order kiosks, at-the-source trash compactors, and other high-tech IoT devices function in these workspaces – the better your resume will look. There are plenty of free resources out there to learn about these things ahead of time and impress interviewers.

Many famous business icons and celebrities started in the service industry. Some especially notable ones were people like Jeff Bezos working at a McDonald’s. Eva Longoria was a Wendy’s manager by 18, and even former President Obama scooped ice cream as a high school student at Baskin Robbins. The bottom line is this: by being attentive, on-time, and having an overall good attitude, you can succeed in the service industry and set the tone for the rest of your career.