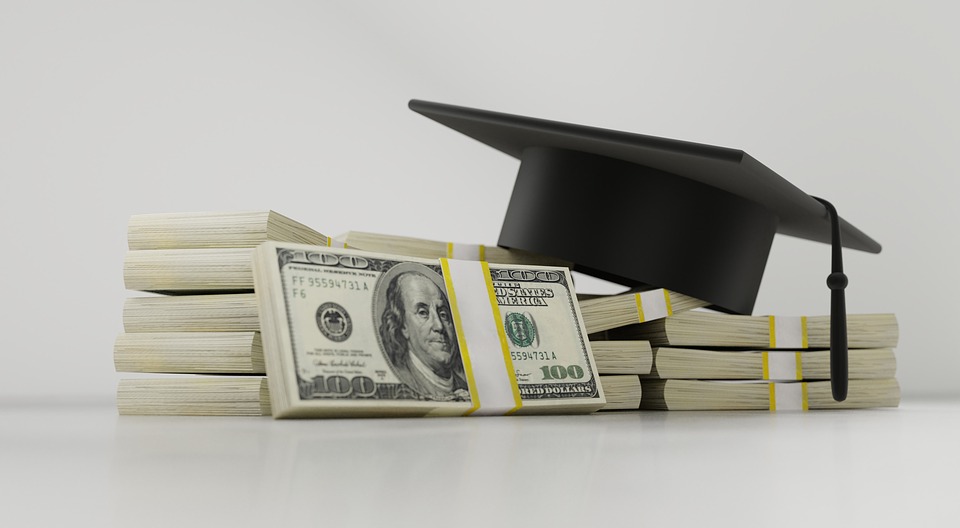 Looking back at the time between August 2017 and May 2019, it seemed like an adventure getting rid of over $33,000 in debt. Money seems to be something that a lot of people out there struggle with and I don’t consider myself an exception. However, by doing some pretty simple things that anyone can copy, I’m now at a point of balance with my wallet.

Remember a few seconds ago when I said it was an adventure?

It wasn’t. Maybe doing a before and after photo of me and my financial info would make it look that way, but frankly, it was pretty boring. That’s the tough thing, a lot of people don’t like boring. They want an exciting path of ups and downs that fill the voids of boredom in their lives, even if it comes at the expense of their financial situation.

I’ll go into detail further down, but here are the no-nonsense bullet points that summarize how I did it and how you can, too:

Routine is one of the most powerful forces in the universe. Everyone, everywhere, follows some form of routine. Whether that’s a poor, chaotic one or a disciplined, smooth routine is another story.

We all get up, go to a day job or school and move our lives along with this frame that’s been built up over centuries with civilization. Routines shape who we are as individuals, who we associate with and how others perceive us.

I haven’t always been perfect with mine and it’s still not, nor will it probably ever be “perfect”. The important thing to remember, though, is that while you can’t always get what you want- if you try sometimes you’ll find, you get what you need.

That’s what everyone, everywhere needs.

A routine that positively contributes to their own personal growth and development every day. Even if it’s only by the most micro, tiny amount, a routine that fuels growth is a heck of a lot better than the opposite.

What does a good and bad routine look like? Bad can be defined as one counter to personal (and financial) growth and good being one that facilitates those two things.

It’s been well documented that those who start and end each day at the same time lead pretty successful lives. As early as high school (and probably grade school) teachers would tell us how important it was to get to bed reasonably early on the weekends because of how much it would throw us off on Monday and Tuesday if we came into school after staying up until 3 AM Friday and Saturday nights.

So what did I do?

Naturally, I stayed up ridiculously late playing video games with my buddies. This routine was pretty consistent throughout high school and definitely freshman year of college (with drinking added in, unfortunately). Things got a little better sophomore year, mainly because I went from 3 roommates in a single room to 1 roommate who wasn’t even there much.

Unfortunately, though, there was still the choice every weekend. Do I skip the fun stuff from 9 pm till 3 am and be a zombie Monday and Tuesday during class?

I didn’t really want to skip the fun.

Until a compelling event (as it’s known in the business world) came along. There was this class called managerial accounting where we needed to do a lot of number crunching with manufacturing scenarios. That’s all the detail I’ll go into to save some time here.

Bottom line: I was bad at it, my brain didn’t like it, and there were really two choices: continue with the weekend routine that turned my brain into soup or build some consistency in my wakeup routines to be more focused.

Plus, it was temporary for the 3 more months I’d have this class.

The first thing I noticed with consistent wake up and sleep times was how good I felt. On top of that, I shot out of bed every morning even before the alarm went off.

This Actually Saved Me

I’m almost positive that doing this was what baked the information from my class correctly into my brain so I could properly sort it out during our next test. During that semester so far, I had been studying pretty hard, getting to the tests and quizzes, then laying a giant egg. We’re talking about a 12% on the first or second quiz and nothing higher than a D.

But then, something interesting happened when I started my new routine. I felt like a managerial accounting whiz and smoothly worked through our mid-term without feeling stressed or nervous, getting a very solid A in the process. Up until that point, my plan was to drop the class entirely and re-take the really easy one at our local community college that some of my friends had been doing online. That would have cost more time, money, and I wouldn’t have learned as many good lessons.

The class went from a D+ to a B+ almost overnight. Somehow, I even managed to scrape my way on to the Dean’s list by the end of the semester.

Now, look, maybe it was because I had nothing to lose due to the plans for going to community college and it relaxed me for test time. Maybe it was reading the chapters before working on the practice materials. All I know is, the same people who were being sucker-punched by this class kept getting black eyes while my brain knocked the last three tests out cold.

Where do we go now?

You might think that since I figured all this stuff out about optimizing my performance, I would start doing it all the time and reap the benefits for the rest of college, right?

The way Seth Godin puts it, human beings have this “Lizard Brain” that we can never seem to quiet down. Smartphones and social media do not help to fight the lizard brain.

I became more aware of mine while interning at a Fortune 500 company in an accounting position during the summer before my senior year. Everything seemed awesome at first, the pay was $20 an hour (not bad for a kid in college!) and the company really was a great place.

I couldn’t do the job very well. I even deleted Facebook at the beginning of summer because I wanted to focus on this job and succeed. That was not good enough and the problem persisted.

Facebook or no Facebook, I still couldn’t put my phone down. I couldn’t even let myself leave it in the truck when I got to work! This scared me, but not enough to do anything about it.

To make matters worse, the company was honest with us about the fact that none of us would be receiving job offers. They preferred we go out into the world and cut our teeth at accounting firms and other organizations with jobs fitting what we had done for them. This completely took the wind out of my sails for any fear-driven focus and kind of killed my motivation to try dealing with the problem.

Fast forward about a year and I was in my first official job out of school. I had decided to try technology sales after listening to this talk:

About 2.5 months into this job, it dawned on me that there was a big choice to make. Either drop checking my phone every 10 minutes of every day to boost productivity or end up getting canned, go underwater with my loans, and be forever sideways financially.

Let’s be honest, there’s never anything important enough on that phone for it to be worth checking so often, yet Americans still check their phones 80 times a day, according to a survey by Asurion.

Despite my realization of how much the phone was sabotaging my income and genuinely trying to deal with it, I still almost got fired 6 months into my job. THAT was the compelling event I needed to full-on rip myself away from the phone, into the best routine possible and overall try to hone my ability to focus.

Remember that routine thing we talked about a little while ago? I also started realizing that while on the performance improvement plan (what companies put you on when it’s time to go) I should get back into a consistent sleeping/eating routine again.

In a sales job, time is money and money is time. The more time a person has freed up to work and develop new business, the more money they will make. At the very least, they will have more job security.

Right when I almost lost my job, the student loans were coming due. On top of that, I had taken out a high-interest car loan which was 3 months into repayment. The debt wasn’t going anywhere. My choices were limited: either make it happen in the current role to save my own skin or run off to another company the way a lot of people my age tend to do.

This was a glass half full situation.

There’s always SOMETHING to blame when this type of thing happens. I can find at least three things, none of which are worth mentioning more than in this sentence. I can also take a look at how many positive and important things happened there.

I should have been doing all these things before.

Today, I’m not really worried about debt or financial anything. That’s probably going to change if I have kids in a few years, but here’s what I know: It was easy to dump paycheck after paycheck into both my car and student loans. Getting into a consistent routine and maintaining focus at my job made it go away a lot faster than I thought possible. The only other thing I did that you might not be able to do was live at home. If crashing with mom and dad isn’t an option, at least try to live with a few people to cut expenses down instead of signing a lease on an expensive single apartment.

Even if someone doesn’t have the luxury of living rent-free, focusing hard on leading the field they work in with a consistent routine will almost always lead to financial freedom sooner than later out of school. Since we live in a time with the collective student loan debt sitting at 1.6 trillion, these are steps students can’t afford skipping.