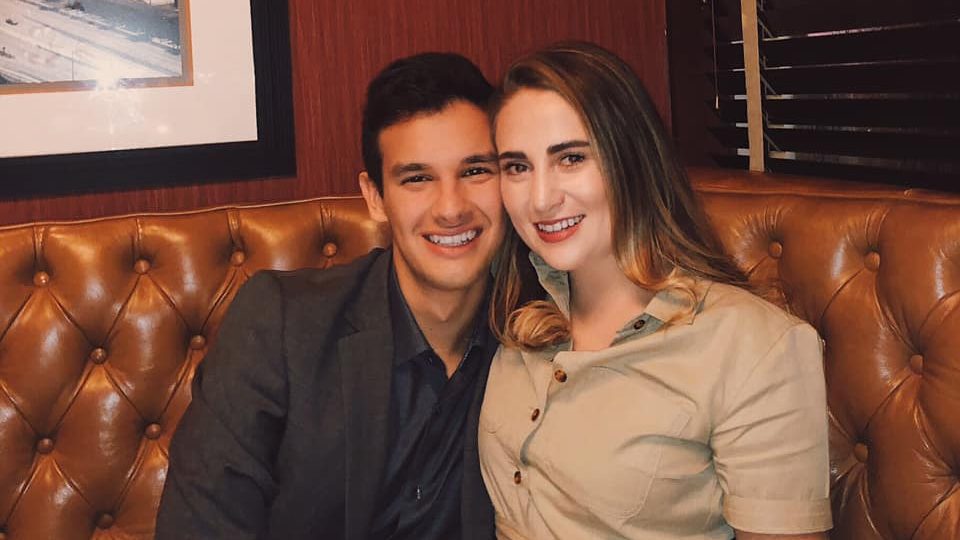 You always hear about people finding “their” person in college and how it happens when you least expect it. I’ll be honest, when I heard that I truly didn’t believe in it especially since I attend one of the largest universities, The University of Alabama. It constantly frustrated me to hear “it will happen when you least expect it.” I felt as if I was doing all the right things to find my person and it wasn’t happening.

Then it happened. The catch is that the saying is absolutely true.

It was a crisp fall night in November when I decided to attend a frat party with my girlfriends. One of my girlfriends was dating a fellow frat boy and she insisted that I come and have a good time. So I did.

I had just gotten out of something that I was so badly trying to make work, but wouldn’t. My plan that night was to dance, drink and not worry about meeting a boy.

As the night was just starting this frat star caught my eye. He wasn’t a typical boy I thought I was attracted to, but there was something about him. He had the largest curly hair Afro I had ever seen and for some reason I absolutely loved it. I was told he had a flask and since I didn’t bring any alcohol to the party I saw an opportunity.

Upon my request for a sip I noticed he had been chatting among the ladies in the courtyard. I was discouraged at first, but so badly wanted a chance.

I went to the restroom with one of my girlfriends and we both agreed there was just something about him. The middle school girl in me called dibs and I am so glad I did. I rejoined him in the courtyard and caught his eye by chatting with his friend who was an international student. For some reason that made him want to talk to me more. Once he joined our conversation I got to know more and more about him. In the back of my head I was convinced this was only a one night thing and I would probably never see him again. Once we started talking, things just clicked.

He causally scooped me up and took me to the band room to dance, I loved that. After awhile we all decided we wanted to go to a bar. Once we arrived, we continued to grab drinks and dance. It felt so perfect. I can’t even remember looking at my phone once that night, we were so into each other.

Maybe having one drink too many – the group made an executive decision that we were hungry and needed to eat. This was great because who doesn’t love to have a midnight munch? With my frat star in tow along with my group of friends we chowed down at the popular wing restaurant on campus.

I can vividly remember eating like a maniac because I was starving and didn’t eat dinner before going out. I also remember looking over at him and him staring at me while I eat… I then realized I looked crazy. We got our checks and we decided to go back to our girlfriends house. Upon realization that my frat star lived a few houses down, we went to his house and all continued to party.

I remember as the night was ending I told myself the only job I have is to make sure we both get each others numbers. So I did. I decided it was time for me to go back to my apartment, even though I didn’t want to leave.

The next morning we texted each other making plans to hangout next.

He came to my door and picked me up from my apartment embarking on a journey he had planned. His plan involved wine and ice cream, how cute. We watched a movie and then talked. Afterwards he drove me home and I asked him not to forget about me. He didn’t.

Almost eight months later we are dating and I am the happiest I think I have ever been. I am not saying I needed a man to make me happy. It’s just awesome to find someone you fall in love with who loves you with everything in them.

Dating someone shouldn’t be difficult or forced. My frat star is one of the most easy going and loving individuals I have ever met.

I am so thankful I decided to go out the night and go outside my comfort zone. It ended up being up one of the best decisions I have ever made.

To the people looking and searching for your person, stop. I swear it will happen when you least expect it.

I am a senior at The University of Alabama studying Journalism and Creative Media with a Minor in Communication Studies. My career goal is to be a Multi Media Journalist/ Reporter.