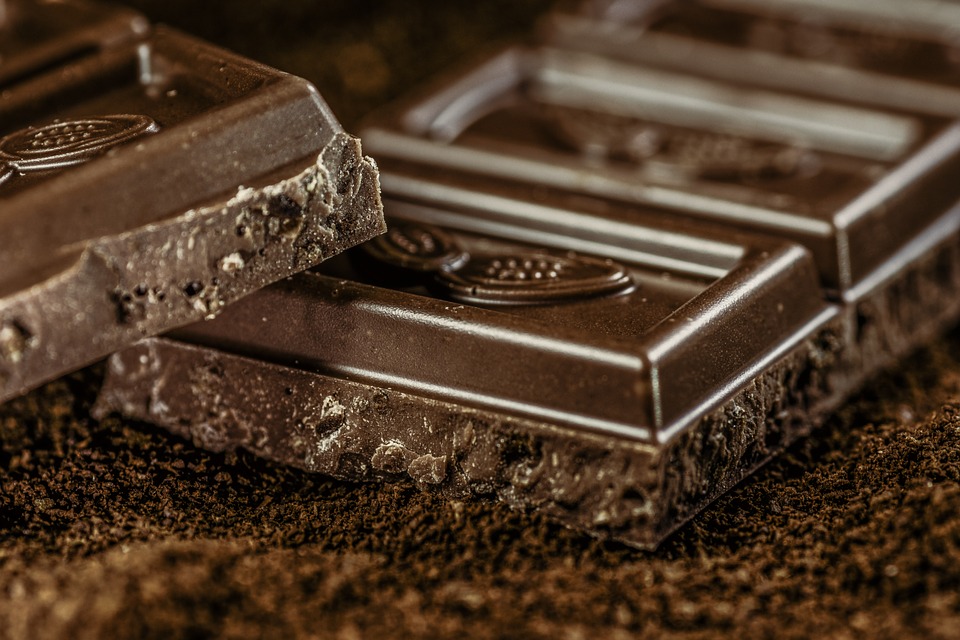 I was with my grandpa the other day. After him and I went out to dinner at our favorite Chinese buffet, we headed back to his apartment to watch hockey and he asked if I wanted anything like a cookie or some candy. There is still a surplus of sweets at my parents’ place and his even two weeks after Christmas. I politely declined, and he kinda depressingly said that he should know better than to offer at this point. I have been pretty vocal the last few months about all the constant sweets in my parents’ house, mainly because no matter how many times I (lightly) verbally berate my mother, she won’t quit buying cookies, candy, etc. which in her mind she is buying for my dad and me. She never eats it, and in honor of the new year, I decided to actually put my foot down by the power of good old self-control. In the past week, I haven’t touched the slowly-becoming-bad chocolate (extra that she bought after new years, like cmon) or the stuff that came at Christmas. Once about three days of mental temptation subsided, it suddenly got easier. When my grandpa said that he should not offer anything to me anymore, however, I said that was nonsense.

The way I see it, the brain is a lot like a muscle. It’s a little smarter, without question, but when it comes to self-control they function in the same manner. Lemme explain cause you’re probably about to call the psych ward on me. What it boils down to is establishing the necessary mindset to be able to completely extinguish feeling hungry when you really don’t need to eat. Most people aren’t very good at cold turkey, so they need to work at it. Just the same as building physical strength, proper mental strength needs to be built one step at a time. To clarify, for example, let’s say you weigh 185 pounds and need to get it down to 175. Your fitness plan would look something like only eating 2000-2100 calories for a week at a time in order to lose a pound or so each week, then either moving back to eating 2500/week to maintain that weight until your next cut. Obviously, if you think you could go another week cutting then you certainly could. The point in all that, though, is you will need to exercise the self-control of only consuming those lesser calories if you want weight to go away. This is pretty damn tough for most people, myself included. But I realized something. Having all the goodies being thrown at me by my parents/grandparents actually helped for building mental toughness with politely declining them. Then, when no one was around, contributed to being able to walk away from the cookie jar. You know the feeling when no one’s around, it’s even harder to resist.

Imagine something for me. You just got done staring at yourself in the mirror and inconspicuously looking at that person who you find attractive, and it’s time to do some curls. The pretty boy swag muscles, as our bitter high school football coach called them. Your arm lifts the weight up, making micro-tears in the muscles. They repair themselves after proper nutrients are consumed post-lift with water, and your muscle grows. Every time you curl the weight up, your arm is fighting against gravity. Every time (assuming you do reasonable weight) it results in a stronger and more fortified muscle. Well, whenever you get offered the free donuts in your student center, cookies from mom and grandma or anything else for that matter which deviates from your plan, you have the opportunity to do a mental curl. You could take it, the equivalency of deciding you didn’t feel like doing curls when you certainly had the physical ability, or win the mental tug-of-war. If you can walk away, instead of a bicep, your self-control grows. The moment itself will probably suck, I won’t lie. You might even keep thinking about what you gave up eating for the next half an hour. But that’s the process. That’s what it takes to build the resistance toward reaching a goal. First, an hour will pass, then two, then suddenly, it’s dinner time and you can enjoy the remaining 1200 calories or whatever for the day. It’s said that if you can make it three days without something, you can pretty much break any addiction. I firmly believe the same can be said for gaining control on when you are hungry, so long as realistic eating times and proper calories are consumed. My fitness pal does a hell of a job at keeping an eye on calories consumed, if you need a good place to start. It’s practically a game for me at this point. I’ll walk up to whatever is sitting around either of their houses, look at it a minute, flip it the bird and have some fruit. Not to say you should not cheat now and again, but those little cheats will kill ya, they’ll just kill ya. So don’t delay, control today.