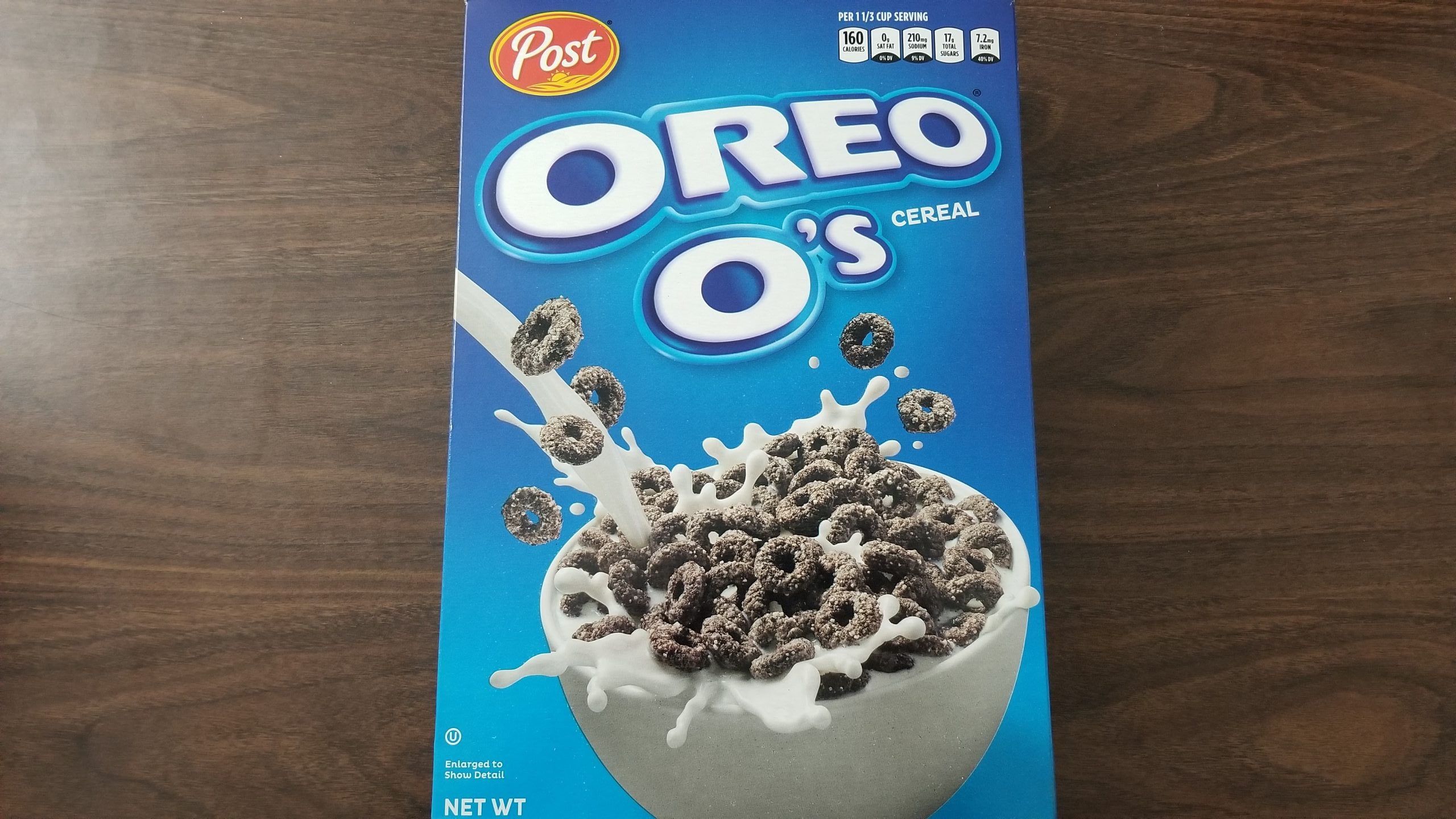 Oreo O’s Cereal really does exist, whether you want to believe it is up to you. It’s not just a part of your wildest, Oreo-filled Midnight Snack dreams.

I thought that I’d noticed it in the store here and there in the past, but I’d never really given it a serious look. I mean, cookies for breakfast? Who would think of something so crazy?

Probably General Mills with the whole Cookie Crisp thing. Oreo O’s Cereal might not be the first cookie-based cereal, but everyone kind of loves Oreos. At least most people seem like they do.

Plus, Cookie Crisp is based on cookies in general. These are Oreos. In addition to that, Post actually partnered up with Nabisco to make these, which is pretty cool.

Oreo O’s Cereal: The Company’s Behind Them

As I just mentioned, Post and Nabisco partnered up to create this incredible creation. Nabisco invented Oreo’s over 100 years ago, that’s pretty wild! Nearly 100 years later, the 90’s awesome creative atmosphere brought us Oreos for breakfast.

Actually, it was a person at Ogilvy & Mather who came up with the idea for these. You’re the real hero here. So a little history on Post quick, they’re based in Minnesota but the company was started back in late 1880’s Michigan.

It was also originally called “Postum,” which is neat. Anyhow, about two years before C.W. Post passed away, the groundwork for Oreo O’s Cereal was laid with the invention of Oreo’s in 1912.

Fast forwarding through the years, we saw the birth of timeless cereals like Grape Nuts, Raisin Bran, Honey Bunches of Oats and a heck of allota acquisitions.

The reason that Oreo O’s Cereal was discontinued back in 2007 was that Kraft and Post couldn’t agree on a co-branding strategy anymore. My guess is that the cereal coming back into the market had something to do with certain decision-makers retiring or moving positions within both companies, too. That’s just speculation, though.

Let’s take a look at some nutrition facts.

At 160 calories, you’ll be getting a few more than from cereals like the Cheerios we recently reviewed. There’s not much fat in there. This Oreo O’s Cereal has some carbs, 12% of your daily value if you’re on a 2000 calorie diet.

Then there’s the sugar. It’s like, this is a cereal made of Oreo’s. You gotta expect it’ll have some sugar-loaded up in each serving. 17 grams is no small amount, but according to the Wiki article on this, parents still approved back in the ’90s. Plus, we all need sugar.

Maybe not added sugar, but it’s not possible to eat a bunch of fruit to get what we need in a day or we’d all O.D. from eating that much fiber. As far as I’m concerned, a little Oreo O’s Cereal never killed nobody.

Unless there’s someone out there who ate way too much of it and had some issue with all the B vitamins. Speaking of those.

This cereal has an outrageous amount of iron in it. 40% of your daily value is crazy. However, according to the NCBI, the tolerable upper intake level of iron for adults is about 45 mg per day. Calling 7.2 mg 40% might be under estimating it a little.

There’s also a ton of Thiamin in here and the usual amounts of Niacin, Vitamin B6, and Folate.

Like any good 90s cereal, this one has it all. Nostalgia, partial genetic engineering, and high fructose corn syrup. I wouldn’t be surprised if there was an N64 hidden somewhere in there, too.

This isn’t the first cereal I’ve reviewed where there’s a handful of different types of flour in there. The Oreo O’s Cereal has corn flour, whole grain oat flour, and unbleached enriched flour. Got some BHT as well.

The Rest Of The Box

One of the great things about this cereal is that it comes with a lot to read on the box.

That really is a wouth-materingly large picture of the Oreo there. Mmmmm.

I guess these also make the milk pretty happy!

You’ll get some neat Oreo facts on the side of the box, too. These are interesting, especially the one about how it takes an hour to make them. That’s a long time!

So, how does it actually taste? Well, from an honest man’s perspective, it’s pretty tasty. The cereal does genuinely taste like you’re eating Oreos. At the same time, it’s not exactly the same as if you took nine or ten oreos, crushed them up, and ate them.

It’s got its own unique taste that definitely reminds me of eating Oreos. Combining it with milk is also a good route to take. In my case, almond milk worked pretty well for it, too. Let’s hope that there aren’t any more disputes between the two glorious companies that brought this cereal into existence.

It’s got the nutrients, vitamins, and minerals. It’s got the taste. Maybe most importantly, it’s got the nostalgia. Side note, I bought this at a Menards. Fun times.