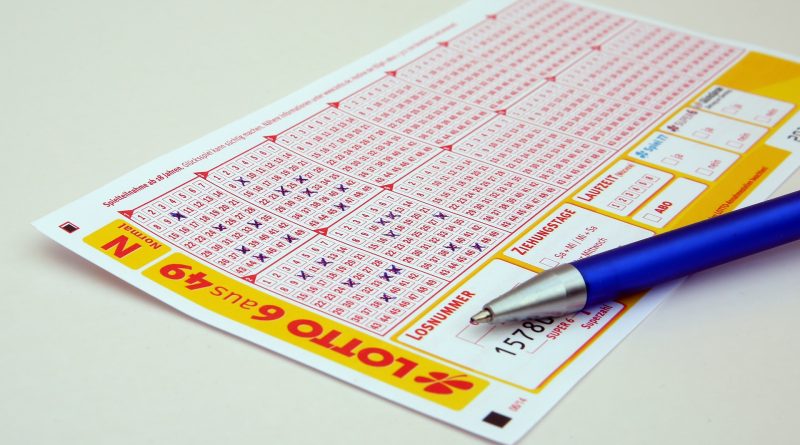 Winning the lottery can be a challenge. You’re actually more likely to get hit by lightening than winning it, which is really crazy. If that’s the case, then how on earth do some people win more than once? Is it just dumb luck? Could be. There could also be some strategy in the statistics behind it.

If it were me, I’d rather gamble on trying to start a business or find a way to earn money online. That’s just me though. You probably want to know the different ways to increase your success with winning, so let’s get to it.

Everybody says that they want to win the money, but is that all you really want to play for? There’s an element of suspense that most of us enjoy that motivates me to want to gamble (or even watch other people do it). That’s why you should play games that have fewer people playing them and automatically increase your chances of winning.

It’s true that the prize money will be lower in the various less-competitive games, but I’d say winning the lottery of $25,000 or $50,000 is still pretty darn good! You probably have a better chance at winning one of those games than being struck by lightening.

2. Use The Power of A Group

We’ve all heard of a big group of co-workers winning the lottery. You can increase your chances of winning the big pots like the Powerball by getting a few friends to jump in on a group purchase of tickets. Just make sure that you follow some simple guidelines, like having everyone sign a letter of agreement specifying who contributed what and who gets what if there’s a winning ticket.

Ever heard of the Australian group that invested $5 million back in the ’90s to near-guarantee winning the lottery? Okay, maybe that’s a little aggressive compared to you and 30 co-workers buying tickets, but it’s the same idea. Make sure the person with the winning ticket doesn’t take any surprise vacations.

3. Use The Singleton Method

Back in 2003 (how long ago does that feel now?) a geological statistician living in Toronto stumbled on something huge. Mohan Srivastava was waiting for some files to download on his computer when he saw some old scratch-offs under a pile of paper on his desk. Figuring that they would be a good way to pass the time, he grabbed a coin and started scratching.

Now look, winning the lottery can take many forms financially. It could be $50 million or $3 and probably even $1 in some places. Mohan felt pretty lucky when a tic-tac-toe game won him $3. The real luck, though, came when started thinking about how the little scratch-off games were manufactured. He was able to figure out there there’s a simple strategy dubbed “The Singleton Method” that works like this:

By now, companies may have gotten tired of people winning the lottery to the point where they made a change. However, Srivastava thought that it was a function of how the cards had to be manufactured that made this pattern unavoidable. That being said, don’t go out buying a ton of lottery tickets because you read this and blame me if they’re all duds.

My worst nightmare would be to buy a lottery ticket, have it win, and never get the money because I forgot about it. That’s actually a thing and it definitely happens with some people out there. You might think I’m kidding, but do a quick Google search and see for yourself.

If you buy tickets, a pretty simple but often overlooked thing you can do is to be attentive and make sure you hear the numbers. This, of course, is for winning the lottery when there’s a drawing and doesn’t apply to scratch-offs or other games that immediately inform you of a win or loss.

Look, I won’t pretend that I haven’t fantasized about winning big. The only problem is that I’d be at risk of blowing all the money if I’m not careful. Who am I kidding? I’ll be frugal till the day I die.

A lot of people win the lottery and end up broke in a few years because they aren’t ready to handle that much money. If you win the lottery, you should really keep living your life the same way you always have been. Maybe take a nicer and longer annual vacation, but don’t go buying a mansion. Maybe upgrade your Ford to a Lincoln or Chevy to a Cadillac, but don’t go buying four Bentley’s just to look at.

Frankly, there’s so many upgrades, I’d probably just buy the fanciest Ford that I could. There’s actually a handful of rich people who buy regular old name-brand cars, just check out this list of them. Just make sure that you take at least 80-90% of the money from winning the lottery and put it into various investments. Hire a fee-only financial advisor, an accountant, and maybe an attorney to consult you, too.

This may be the craziest piece of advice of them all, but don’t quite your job right away. Suddenly having seemingly deep pockets and lots of idle time can wreak havoc on the average person’s life, so be sure to prepare yourself.

Winning the lottery can change your life. It can also ruin it. If you follow one of the strategies mentioned here and it pays off, congrats. Playing the less competitive games can increase your odds of winning, however, the dollar amount is likely proportional to the odds. Better odds, less dollars.

Pull together with your friends and co-workers to form a group if you want to increase your odds with the big money. At the same time, be aware that it might not help that much increasing odds. It’s still pretty hard to win the tall stacks.

Whether you passed statistics 101 back in school or not, don’t hesitate to try that Singleton method next time you pick gas station scratch-offs. Lastly, make sure you double check your numbers and pay attention during the drawings for major dollars. You don’t want to miss winning the lottery!

*Also, for what it’s worth, I’m no pro and just did some research here. I implemented a bit of common sense as well. This is for educational purposes only.