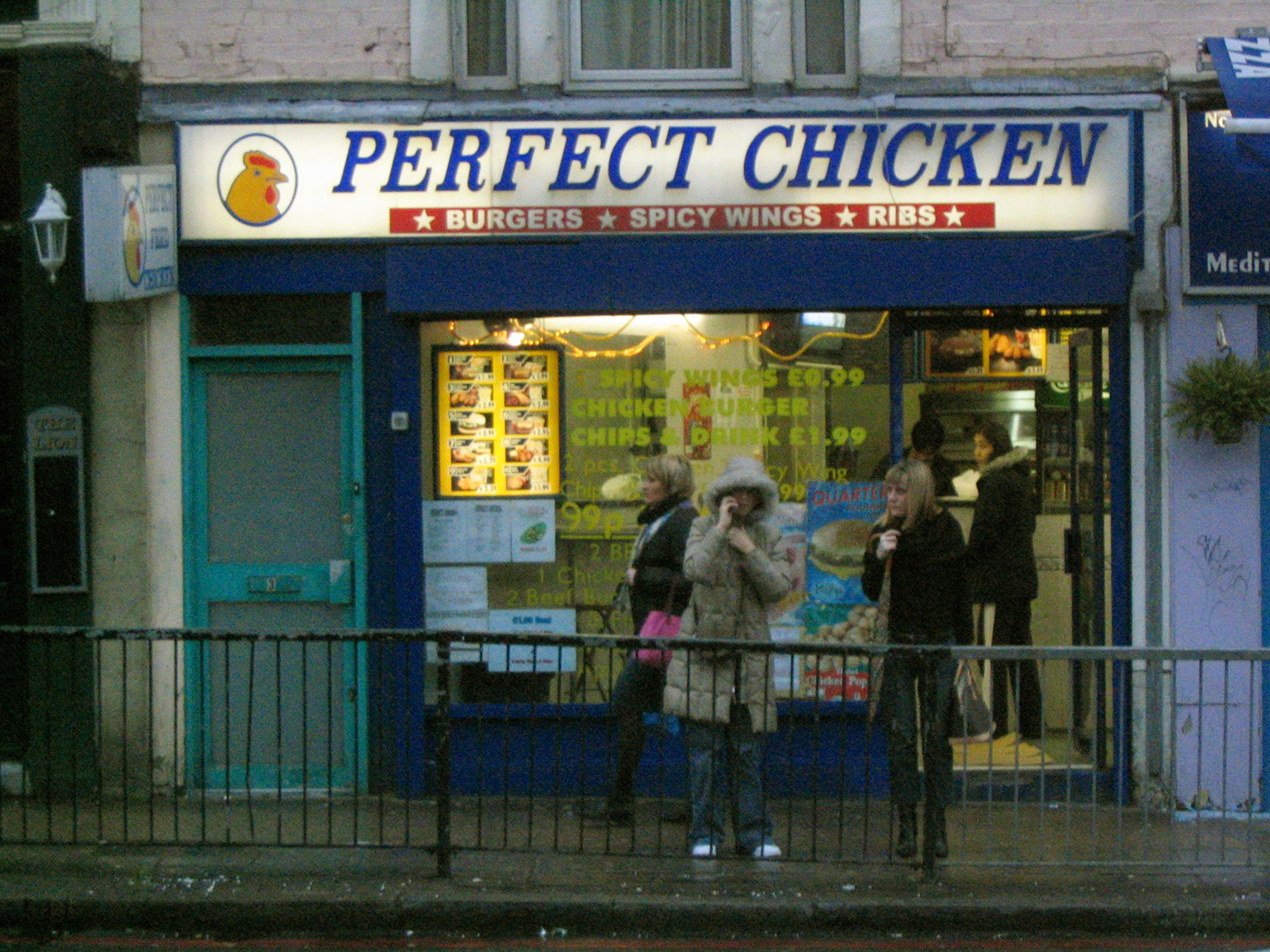 Before you judge this, carefully think about what we’re discussing here. Most fast food fried chicken isn’t gonna make you feel great a few hours later. That just kinda goes with the territory, though. When I was jumping around abroad during my junior year, I saw these KFC ripoff looking places about every 10 feet it seemed like when I was riding the buses around town. Although it took me about two months to actually get there, I grabbed some dinner at a place near my bus stop one night.

Wait no, that was technically my second time in one of those restaurants. My first one was across town near a Primark. I went in all excitedly one time after finally being like “yea, I’ll try those lamb nuggets that probably aren’t actually lamb.” and was told by an angry looking gentlemen wearing a butcher’s apron that it was cash only. Shoot. Well, I finally planned out having enough pounds to be able to buy something at this place near the bus stop, so I was set. Greeted again by a different kind-of-pissed-off-looking gentlemen in a butchers apron, I put in an order for a few wings and some fries.

They prepped it asap

He brought out a pretty hot thing of wings and fries, ready to burn my tongue off when I took a bite without figuring out how hot it was beforehand. After I put the fire out with weird soda I bought, the meal continued. Honestly, it was pretty good. Granted, I might not have been eating real chicken, it was something I would definitely recommend. The place may not have looked that clean, the cash-only policy sort of screamed money laundering, but it had character.

Besides that stuff, there was a distinct feeling of nostalgia to it. When I was about halfway through my meal (and being the only person in there) a group of 8th grade-ish guys came in. Back in the day, many groups, including mine, had their go-to place for after school eating. My 8th-grade group place might have been a Subway, putting us pretty far away from this place health-wise, (although you’d be surprised) but it didn’t fail to remind me of those days.