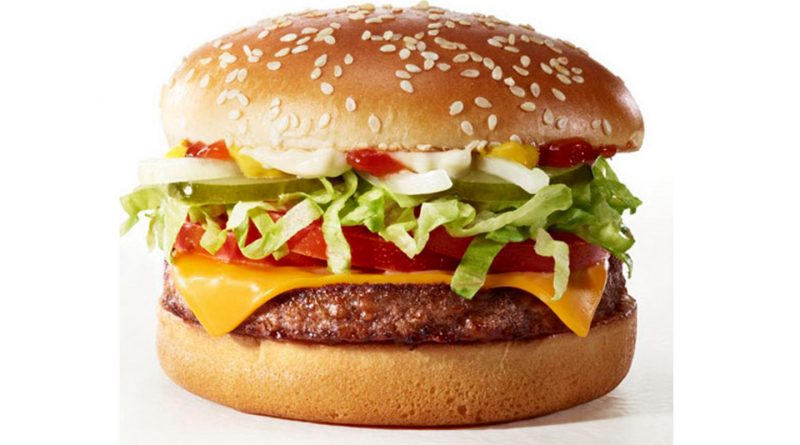 The McDonald’s McPlant burger that started getting tested out in October will be available in way more places soon. The new plant-based sandwich started getting rolled out last October at eight restaurants around the country for testing. Things went well enough where we’re about to see it show up in 600 more McDonald’s restaurants.

According to their original press release before testing began, it’s through a partnership with Beyond Meat. That same company has been supplying a lot of products to other restaurant chains like White Castle for plant-based burgers.

I’m a little surprised we didn’t see this sooner, but at the same time, it’s probably smart that MacDon’s waited to see the public’s long-term reaction to plant burgers.

The specifics of how these are made are from peas, rice, and potatoes. When I hear plant-based, I always think plants. They might actually sell more telling people it’s really made with those three ingredients.

The Other McDonald’s McPlant ingredients

The rest of the burger is “served on a sesame seed bun with tomato, lettuce, pickles, onions, mayonnaise, ketchup, mustard and a slice of American cheese. It has the iconic taste of a McDonald’s burger, because it is one,” according to McDonald’s.

Frankly, it sounds and looks just like a Big Mac or a Quarter Pounder with Cheese. They’ve been testing it out in other places, too, like Sweden, Denmark, the Netherlands, Austria and most recently the U.K.

Bottom line, it should be interesting what this thing ends up tasting like. Clearly, customers want it. If no one bought it or the people who did disliked it, then they wouldn’t be rolling it out in 600 different locations now. I hope it’s executed better than the KFC Beyond Nuggets, but I think it probably will be since (I think) that the regular imitation meat has been around longer. More time to perfect it.

The 600 locations will have it starting February 14th, 2022 in participating markets for a limited time.