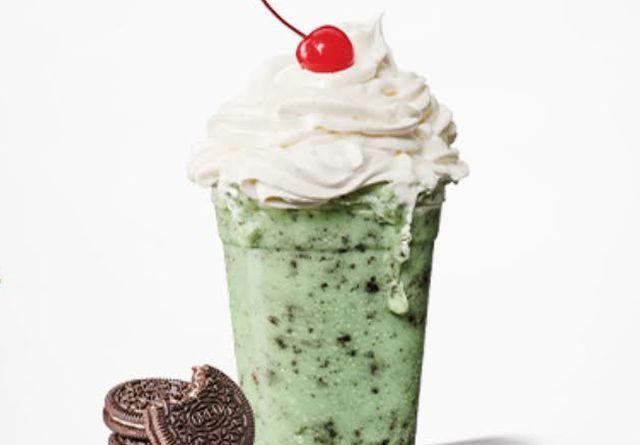 St. Patty’s Day is almost upon us, and Jack is Back with his Mint Oreo Shake. This looks like it could be a pretty decent competitor to the Shamrock shake at McDonald’s. That’s been back since February 21st, pretty excited about it.

This shake at Jack in the Box has been around for over 10 years. They introduced it back in 2011 and it’s been popular enough to keep coming back.

It’s basically their vanilla Oreo shake except it has mint ice cream in it. I think we can all agree that mint ice cream is pretty good. Not something that I’m having all the time, but when I do, I enjoy it.

These shakes do have a ton of sugar in them, which might be a bummer to some people. Or not. Overall, they’re pretty good.

Photo via Jack in the Box.