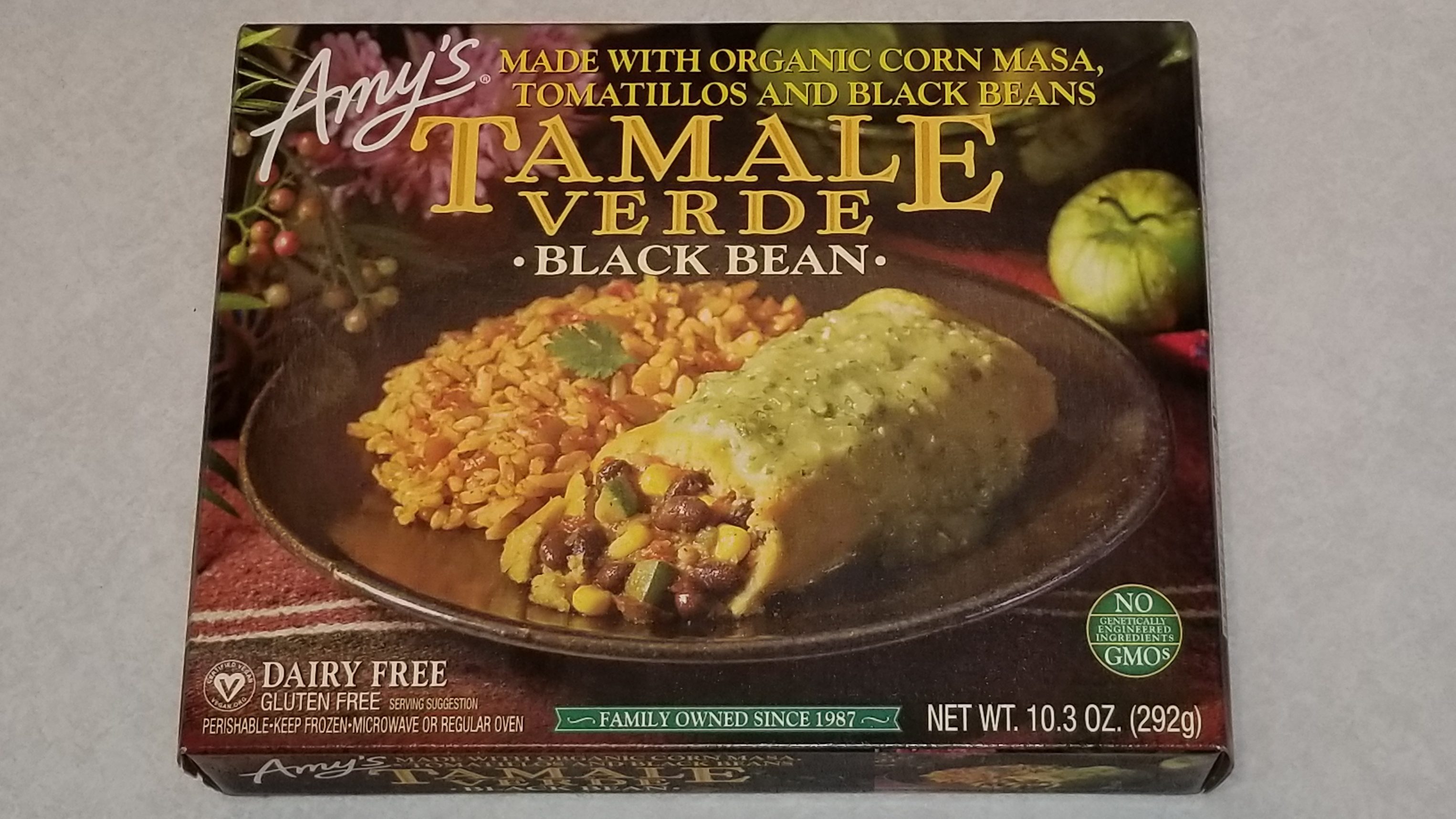 Once in a while it feels good to go meatless. It’s great for your health and Amy’s tamale verde is there when you’ve OD’d on White Castle or Mac Don’s over the weekend.

As the back of the box story mentions, this was discovered at one of the founder’s favorite restaurants in Puerto Escondido, Mexico. After toiling away for 3 years perfecting the perfect balance of tamale, corn, beans, rice and organic tomatillos, Amy’s finally came up with a perfect midnight snack.

Let’s get a look at those nutrition facts for Amy’s Tamale Verde:

On to our ingredients!

This tamale verde is shaping up to be a pretty solid meal based on the ingredients and nutrition facts.

This Amy’s Tamale Verde tasted like a pretty solid snack as far as I was concerned. The spicy rice was tasty without the spiciness being too over-bearing. Comparing the cooked food to the picture on the box:

The rice looked similar but the tamale itself kind of missed the boat. The sauce, as you can see, was coagulated to the sides of it instead of on top like it was supposed to be in the picture. It also wasn’t quite as voluminous as it could have been. The beans were a bit mushy, but they were also frozen so why am I complaining?

The corn had a slightly sweet taste, I’ll look forward to seeing it later.

While I’m normally used to beef or chicken tamales, these are a great non-meat alternative.