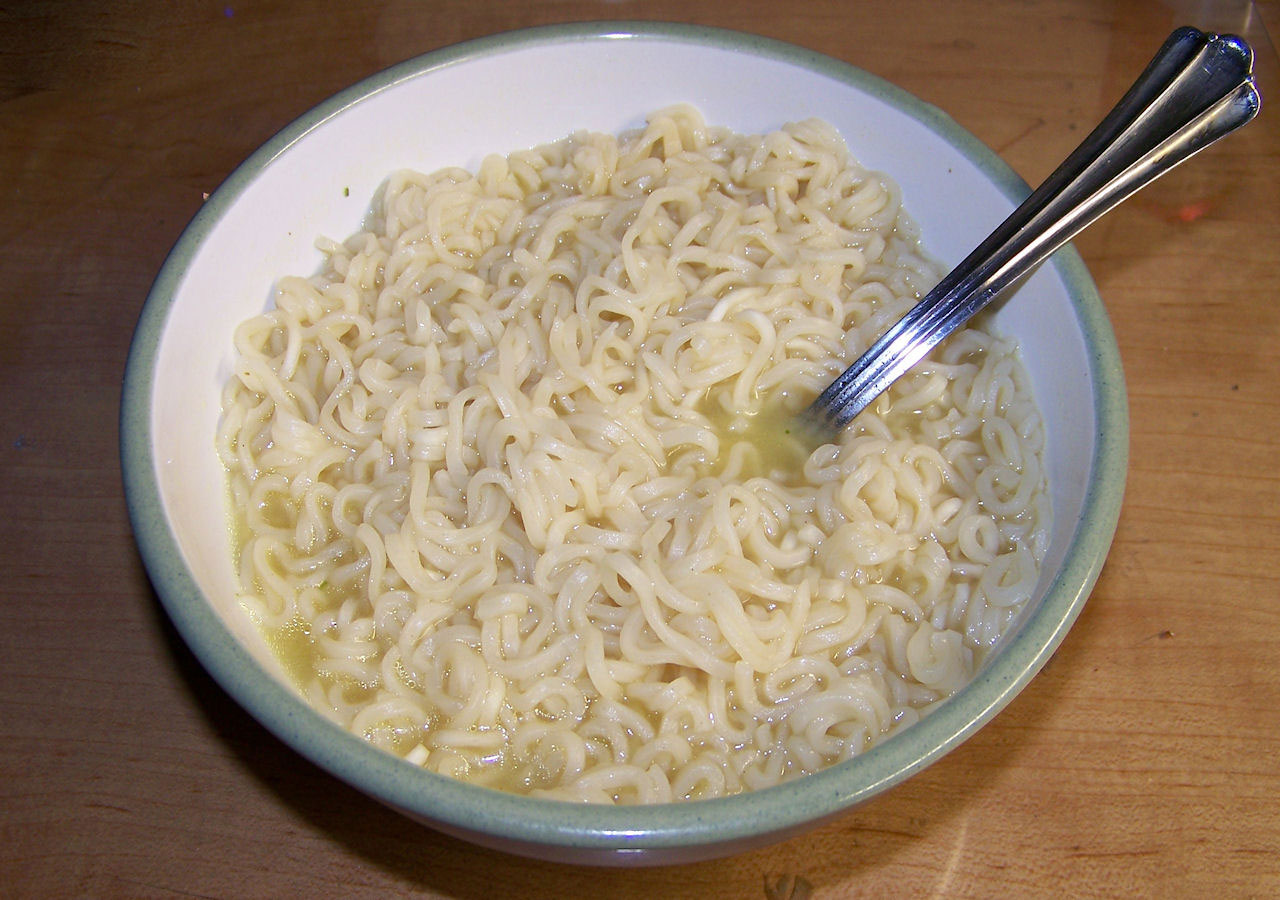 I remember it like it was yesterday. Sitting in my dorm room on a Monday night when everyone else was off doing their own thing, I saw it sitting there on the shelf. While I streamed an episode of Trailer Park Boys on Netflix, I figured why go and spend seven or eight bucks on dinner when the less-than-one dollar Ramen will do the trick? I threw some water in the microwave, threw the square of Ramen in after it was hot, and proceeded to mix in the seasoning packet while mixing up the noodles. Cruising through two more episodes of TPB, it was the greatest thing I’d had in awhile. Now at this point you might be thinking, alright, when’s this gonna go south. Well here’s the thing. It didn’t. In fact, the stuff was so good and cheap I figured, why not have it for lunch tomorrow? So Tuesday came and again, I had more that I picked up at our campus convenience store. Lunch was so good that I thought hey, why not do it again for dinner? So again I feasted on cheap noodles and did the same on Wednesday because, well, I’m a cheap guy and if it worked it worked. That and at this particular point in my life, Trailer Park Boys was the greatest thing since Ramen noodles and I used every excuse in the book to be watching it. Now Thursday night, I couldn’t imagine why, but I had an awful time sleeping. Sinuses plugged, body feeling like I got beat up by a buncha’ casino pit bosses for counting cards. It wasn’t a good feeling. I was out of focus during all my freshman year classes that next day, and I felt like garbage. At some point during the day, it dawned on me to start carrying around an empty Powerade bottle full of water and trying to re-hydrate myself as best I could. Things were better by the time it was getting near dinner time, but I still wasn’t 100% back to my old self. I did the most sensible thing I could do at that stage and crawled my sickly self to a local Davannis Pizza for a hoagie. After eating some REAL FOOD I started feeling like my old self again and made sure to get some three-egg omelet from our caf chef the next morning. By the weekend I was good to go and feeling great, but here is some important stuff that’s probably already common sense for most people about Ramen: