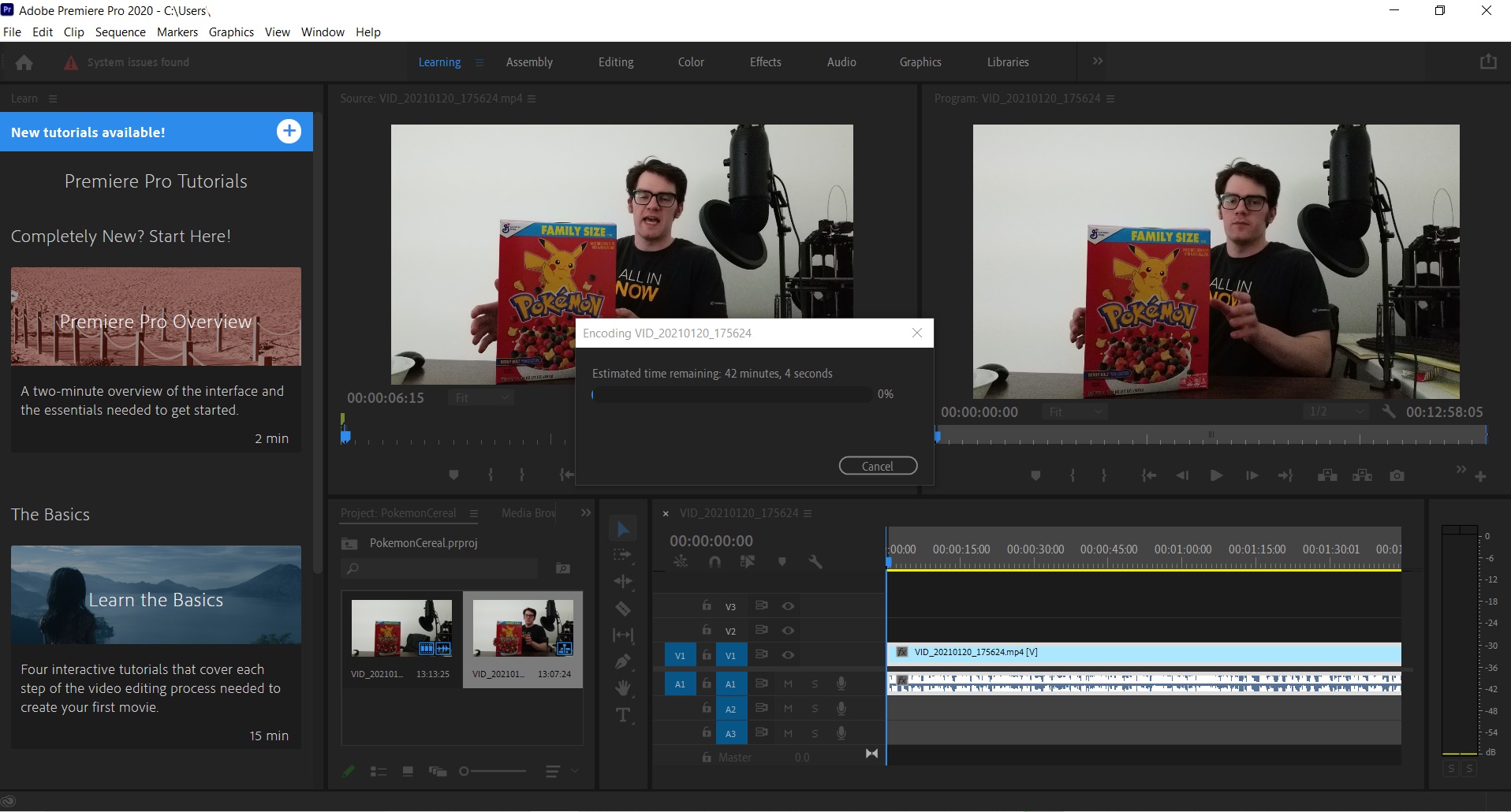 Adobe Premiere Pro is one of the most well-known video editing software programs out there. Part of the reason is that Adobe itself is a very big company and the name shows up in a lot of places.

If you plan on making videos, you absolutely need robust editing software. Early on, you can probably be safe using a free option, but, eventually, you will need to go premium and pay for something.

This review will go in-depth on Adobe Premiere Pro, the video editing program from Adobe. We’ll cover things like major features, what type of computer you need to run it, and we’ll even make a YouTube video with it.

You will also get a chance to learn a little bit about Adobe’s background in the video business, what their company is like, and where you can get the software if it makes sense to use it.

The Company Behind It

Their founders were two guys named John Warnock and Charles Geschke. The company was about 10 years old when they released their first video editing software in 1991 for Mac.

Until that point, they had released some wildly popular products like Postscript and Photoshop (Photoshop is still a flagship product).

Here are some major features and requirements for the software:

There’s also a 7-day free trial that you can use to check it out for yourself. That includes the full version of Adobe Premiere Pro and you won’t be charged until after it ends.

You will need at least 8 gigabytes of RAM to run this, but 16 is recommended. The installation requires 8 GB of hard disk space on your computer, too.

You can get away with Windows 10 version 1803, but the recommended version is 1809 or later. The Intel 7th Gen or newer CPU is recommended.

Your sound card will need to be compatible with ASIO protocol or Microsoft Windows Driver Model. In addition to that, you’ll need an internet connection

There’s a comprehensive list of recommended graphics cards available on Adobe’s website here. On that list, they mention a few different series’ of NVIDIA and AMD cards.

If you’re a Mac user, you need an Intel 6th Gen or newer CPU and macOS v10.14 or later operating system.

Same as PC, you’ll need at least 2GB of GPU VRAM. Having 4 GB is recommended, though.

Your hard disk will need 8 GB of installation space. Adobe recommends a fast internal SSD for app installation and cache, too.

If you want to work with 4k media, it’s recommended that you get 32 GB of RAM. 16 GB of RAM is recommended for HD editing, but you can squeak by with 8GB as the minimum.

1920×1080 or greater is the best screen resolution for editing on Mac.

A Little Bit on Premiere Rush

Premiere Rush is Adobe’s mobile and desktop video editing app that is fairly new. It’s a lightweight way to get editing done where you can work with video, audio, motion graphics, and other media.

It comes packaged for free with Premiere Pro, however, it’s $9.99 per month as a standalone product. The standalone monthly price also includes 100 GB of cloud storage (so does the Premiere Pro package).

No question about it, this software is designed for professionals to use. There are a lot of bells and whistles that could make the software overwhelming if you are new to video editing in general.

That being said, I was able to pick it up and make the video below in about 30 minutes:

Trying to use this on an older computer may result in steam starting to shoot out the sides and bolts blowing off. Okay, maybe not exactly like that.

Your cooling fan will probably go into overdrive, though. The one on my older Asus PC sounded like a jet engine taking off while that video was processing in HD.

As long as your computer meets the system requirements, Adobe Premiere Pro will work fine for you. If you’re just making videos at home, consider looking at Adobe Premiere Elements as an alternative to this one since it does cost less and can likely meet your needs if you’re just doing basic video editing.

Premiere Pro runs at $20.99 per month and includes Premiere Rush for free. It’s a really solid video editing software and absolutely worth the money if you plan on cranking out a lot of videos with a bunch of neat effects.