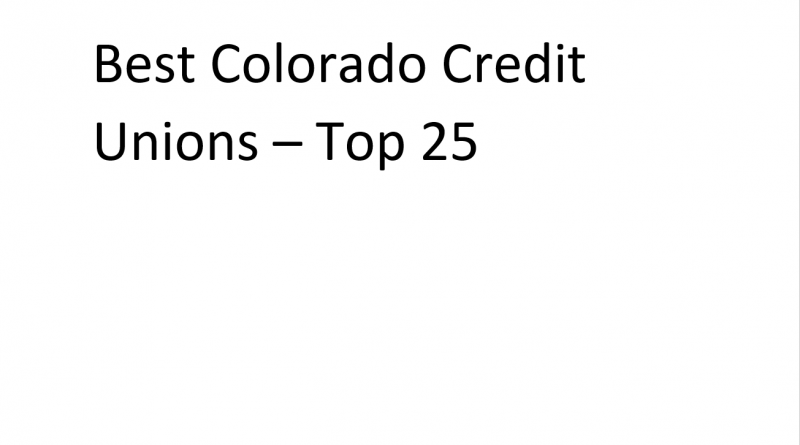 The best Colorado credit unions are my focus here. This list is based on a few factors. The main ones are how many assets the CU has, the size of their network (like ATMs), and other details about them like whether they give back to the community.

Let’s kick it off with number one.

According to their site, ENT contributes millions of dollars to different organizations annually through their charitable giving.

Bellco has over $5 billion in assets and 340,000+ members. They are the largest CU in Denver and the second largest in Colorado.

The have 26 branches across CO with their headquarters located in Greenwood Village. They have 30,000+ surcharge-free ATMs you can access your money with.

They give back by offering things like financial education programs, food and shelter services, and they support local arts/culture organizations. That’s one of the many reasons they are in the top of the best Colorado credit unions list.

Canvas has assets over $3 billion dollars. In 2020 alone, they grew by $548,828,761. This third one in our list of best Colorado credit unions has a few other really impressive statistics, too.

Many members also caught a break on things like loan payments. They deferred over $22.5 million in payments to give some relief to their members.

Their employees, dubbed their “Canvas Family” volunteered at more than 120 organizations in 2020. That totaled 3,324 hours.

There are 30,000 fee-free ATMs through the CO-OP ATM Network nationwide.

Elevations CU has over $3 billion in assets today with over 170,000 members. That’s a pretty long way they’ve come from the 12 people who started it with under $100 in assets.

They give back to the community by supporting Elevations Foundation, a nonprofit that’s given $1.5 million+ in community resources since 2010.

Working with them, you have access to 30,000 ATMs nationwide + others.

As the fifth in our list of the best Colorado Credit Unions, CU of Colorado has 140,000+ members. This CU has over $2 billion in assets, too.

CU of Colorado gives back to the community in ways like their $55,000 in scholarships they gave out for the 2020-21 school year.

Access 30,000+ surcharge-free ATMs for more direct access to your money with them. On their website, though, at the time of this writing, it just says 1,000 free ATMs for some reason. After clicking through to their actual page with details, it mentions the 30k in the CO-OP network.

Part of the philanthropy of this one in our best Colorado credit unions list is the work they do with local schools. They help with financial literacy, giving grants for funding, and school fundraising efforts.

Premier is the 7th in our list of best Colorado credit unions and 7th largest in CO. They have over $1 billion in assets as of this writing.

Through their philanthropy, they support initiatives of education, financial literacy, and local community-based giving.

Number eight in our list of the best Colorado credit unions has over 65,000 members as of this writing. They also have over $1 billion in assets there.

They are in the CO-OP ATM network, meaning you have access to 30,000 surcharge-free ATMs. Those are in all 50 states and 10 countries!

I had trouble finding anything about philanthropy here. Tried searching “giving” and “community,” but couldn’t find anything.

AAFCU is our 9th in the best Colorado credit unions list. They’re so focused on giving back to the community that they have their own foundation for doing it.

They give back through free financial education classes and will be offering college scholarship opportunities soon (as of this writing).

They also have 30,000 surcharge-free ATMs because they are part of the CO-OP Network throughout the US and Canada.

Partner is our 10th in the list of the best Colorado credit unions. They have 500+ surcharge-free ATMs locally and thousands more through their nationwide CO-OP network.

This CO CU also gives back in a number of ways. Mainly, they offer scholarships, community grants, charitable donations, volunteering, and more.

They focus on educational philanthropy through scholarships to help members pursue four-year degrees.

Number 12 in our list is the Denver Community Credit Union. The have 5,600 branches and 30,000 fee-free ATMs nationwide.

In 2019, their employees volunteered 1,357 hours with local nonprofits and organizations. They do things like helping with school supplies, food, and hygiene items. They were announced a Civic 50 Colorado Honoree in 2020.

Red Rocks gives back to the community through corporate giving and also volunteerism. Specifically, they focus on supporting children, health, education, animals, and preserving nature in Colorado.

They have 30,000+ surcharge-free ATMs nationwide (seems like a pretty common trend!).

This one’s pretty neat. They were actually founded by Coors employees back in the day. In 2020, they had over $284 million in assets.

They give back in a few ways. Supporting local businesses is one of their missions as well as providing aide to healthcare, hospitality, the service industry, and gig economy workers.

You can access thousands of ATMs for them through a CO-OP network.

$265 million+ for total assets there. Number 15 in our list of best Colorado Credit Unions also does a lot to give back.

Organizations that CCU helps include Adopt-A-Family, Salvation Army Angel Tree, Heartland Hero Ceremonies, Food for Thought Bak Pak Program, Food Bank of the Rockies, and a handful of others.

This CU has Kasasa accounts, I still think that sounds like some kind of food. They boast 37,000+ surcharge-free ATMS, pretty good!

There’s also 5,000+ co-op shared branches. There are 14,000+ members of Colorado law enforcement trusting their money here. They have assets close to $300 million.

Working with this CU supports law enforcement in Colorado instead of shareholders like at a bank.

Number 17 in our list of best Colorado credit unions has over 30,000 CO-OP ATMs Nationwide and over 5,000 CO-OP shared branches nationwide.

Their charitable activities involve improving health Equity in southern Colorado. They do that through their Aventa Foundation.

They have over $251 million in assets.

Minnequa is also part of the CO-OP ATM network, so, you have access to almost 30,000 convenient surcharge-free ATMs.

Couldn’t find anything about charity work on their site, however, the site isn’t the best so there could be something that’s just tough to find.

They are in the nationwide network of over 30,000 surcharge-free ATMs out there.

This CO is for Colorado Firefighters and their families only.

Over 30,000 surcharge-free ATMs through the CO-OP network.

They don’t say how many ATMs you have access to, but, they did just join the CO-OP network, so, it’s probably 30,000.

Sunwest has over $190 million in assets.

They’re in the CO-OP network of ATMs. As a side, they have a great website, too.

Couldn’t find anything about charity/community work on their site.

Here you get refunds on ATM fees nationwide. They have $165 million+ in assets today.

Arapahoe has $149 million+ in assets.

That’s it! Those are our top 25 of the best Colorado Credit Unions.

*All information in this article was current at the time of this writing, however, it could change without notice. We do our best to keep these updated, however, there is no guarantee you will find the same information on the CU’s website or at the time of opening an account with them.

*This site is not affiliated with the Credit Union mentioned in this article.